How to use the episodic television production and approval process to create the best show possible. 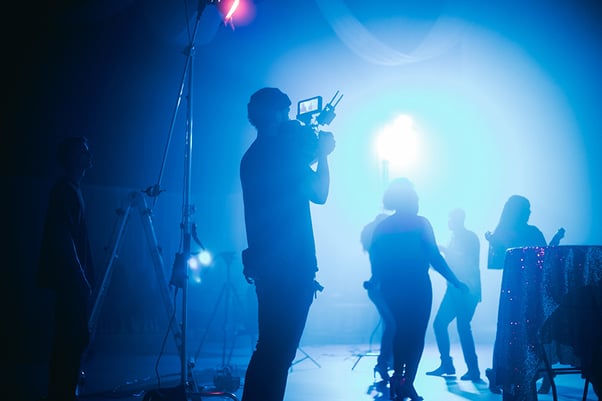 What Kind of Show Are You Making?

It’s 9 pm on a Friday night, and you’re sitting in the edit suite waiting for the notes to come in on your fourth version of the rough cut. As you wait for all the stakeholders to weigh in, you think about what a normal person would be doing right now, and you wonder what you could have done to make this whole process go as smoothly and perfectly as possible.

Whether you’re making a gritty documentary-style OTT streamer, a strictly structured long-running network procedural, or a slick and inventive serialized narrative for a subscription cable outlet, there are certain things you should be thinking about to help you create the best episode you can make with the least stress and heartache.

We spoke with veteran editors, post supervisors, episodic directors, and showrunners about what matters most to them and how they get so much done in so little time. While there are huge variations between show types, there were definitely some universal truths that emerged, and we believe these are the key to a successful episodic television pipeline.

Is it a cut-up feature film, or is it a series of short films?

Episodic television production is unique in that it combines some aspects of feature film production with some aspects of making shorter pieces. In a sense, an episodic television season can be looked at as a series of individual 22-minute to 60-minute short films about a single topic. But it can also be seen as one epic 8-16 hour feature film that has been cut into installments. And in recent years, some of the lines between feature production and episodic production have become even more blurred. Ultimately, the nature of the show you’re making can determine which of those is the best framing for your project.

When you’re working with a classic procedural format like the various Law & Order properties, you become very familiar with your existing formula and characters. However, each episode stands on its own as a story. So when working on that type of procedural, it’s probably useful to think of each episode as a short- or medium-length film with its own arc, even though you will be keeping track of certain throughlines and ongoing aspects. Meanwhile, if your show is a serialized drama like The Handmaid’s Tale or Better Call Saul, you’re usually going to be treating an entire 10-13 episode season more like a single, very long feature film, with a plot arc that unfolds over the course of the whole season. This aspect is what makes it binge-worthy. So the approval process may involve some different considerations as the structures and goals are different. 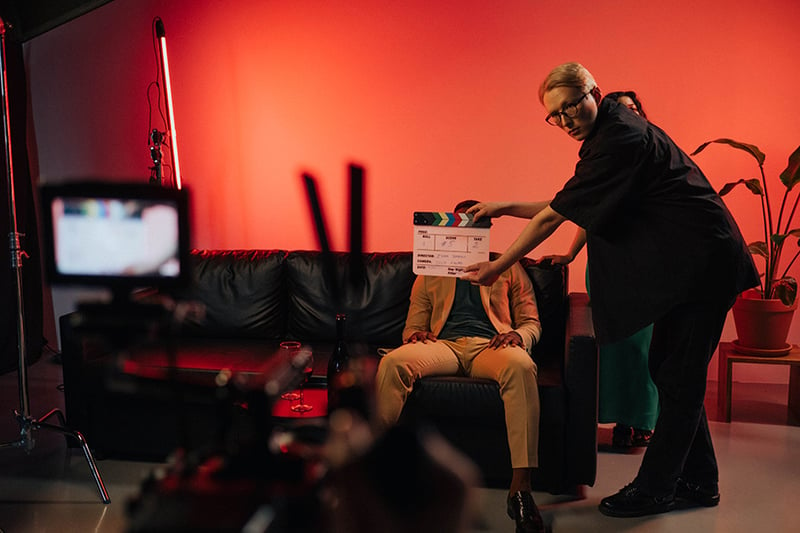 Comedies are similar, with many sitcoms essentially following procedural episodic guidelines, without requiring that your viewers watch them in order. In a thematic sense, and in terms of the practical aspects of putting together your episodes, each installment stands alone and you can approach them on a more individual basis.

Meanwhile, if you’re working on a comedy with ongoing plot lines that require having viewed previous episodes to varying extents, you’ll be using aspects of the “season as a film” approach as you put your show together. Arrested Development is a good example of the latter type of show and surely had different structural and approval considerations from traditional sitcoms. There are also shows that fall somewhere in between, where things that have happened in earlier episodes are acknowledged or referenced in some way, but may not be as critical to constructing later episodes.

Documentary series, while totally different in content, can also follow either of those formats depending on the structure of the show. So if you’re working on a competition show like The Bachelor or Survivor you’re likely to be following an approval and review pattern similar to serialized dramas and need to keep in mind the whole season’s arc as you build the episodes. Meanwhile, many game shows and travel shows don’t require having viewed previous episodes, so your approval process will have more in common with documentary shorts and films. Regardless of format, we have tips and procedures that can help you guide your program smoothly from shoot through final post-production. 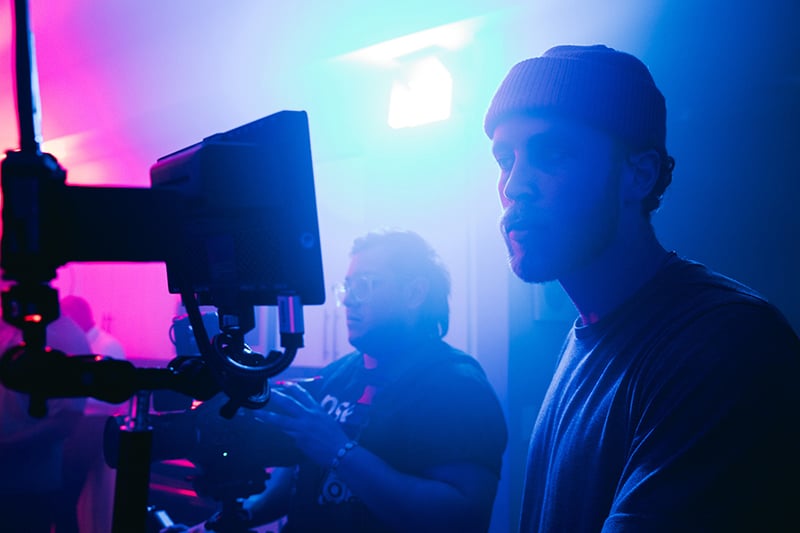 The most important aspect of guiding an episode of television through to final approval is making sure the episode maintains the show’s overall creative vision. Is the episode you’ve made consistent with the others? And does it fit in well with the overall arc of the show? If it’s a serial format, does it feel like a continuation of the story as it was left in the prior episode? It should move the story forward, but also connect seamlessly with what has come before. If you think of the latest episode as the latest part of an ongoing feature film, it should work in that context, not just on its own.

If it’s non-serialized, then does the episode feel similar enough to other episodes that it clearly shares the same DNA? Each episode should add something new and fresh but still provide the same types of satisfaction and enjoyment, as well as the same structural elements as previous episodes.

Whether narrative or documentary, the final word creatively usually comes from the person designated as the showrunner. It is the showrunner who will guide the overall direction of the series. While feature films are most often led creatively by the director, episodic television usually requires multiple directors to meet a show’s production schedule, and the showrunner fills the creative leadership role that would typically fall on the director in a feature film. There may be many other stakeholders on a large-scale production, and each episode has different directorial leadership, but the showrunner is the most significant in terms of getting the final work approved and in maintaining a unified creative vision despite having different team members on each episode.

Whether you’re editing, leading post-production, creating visual effects, or mixing the audio on an episode of television, the most important aspect of your work will be making the episode fit in with the overall thematic vision that the showrunner has for the series. And if the showrunner is happy with the product, chances are it will eventually get approved for air.

Like every creative person, you have great ideas. That’s probably why you got into the creative world in the first place. But great ideas aren’t always the right idea. Anyone who has ever experienced the pain of “approval by committee” knows the importance of having a focused creative vision and a limited number of people in charge of it. It’s the only way to tell a cohesive and compelling story. That’s why episodic television assigns a showrunner in the first place. And while everyone’s great ideas have the potential to be part of making a show great, it’s also important to know the showrunner and the show itself very well.

The best thing you can do to make your creative contributions valuable is to make them consistent with the vision and existing intellectual property of the series. That’s not to say there isn’t room for creativity, but a patchwork quilt of styles and processes doesn’t help when trying to create a unified piece of entertainment. So the better you know the creative vision of the show overall, and the better you know the established elements, the more likely your contribution is to be helpful. 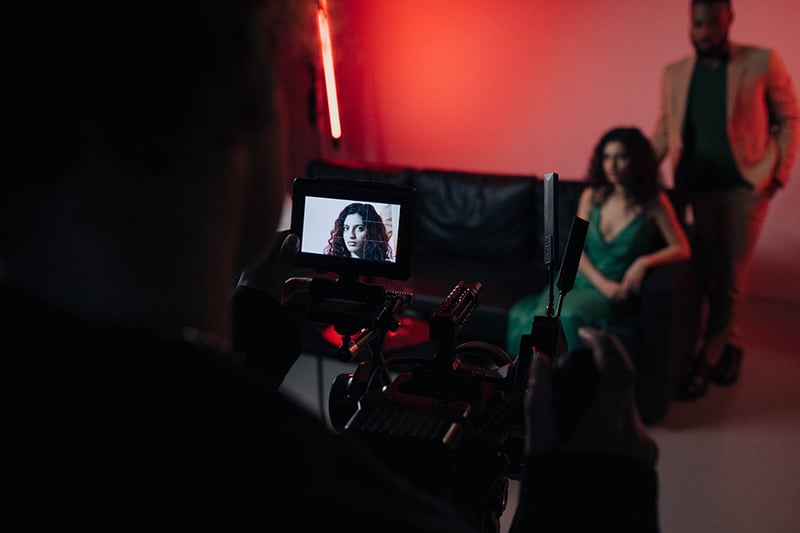 The importance of overlaps

The television production process can seem hopelessly compartmentalized when not executed correctly. Communication between production and post production can feel very minimal at times, and creative stakeholders aren’t always present at critical stages of post production. Every separation creates the risk of a communication breakdown or misunderstanding.

The way to make sure that a unified creative vision is maintained throughout the process is to create overlaps in understanding. If the editor is walking into the first assembly essentially blind and is learning the story elements for the first time, the chances of having a great first cut go down fast. Before the show even starts, the first thing everyone involved on the team can use to get on the same page is the show bible. The show bible will help bridge the gap between all departments and ensure everyone is aligned on the same vision. So it’s important for everyone to be familiar with it.

But there are also tools that can help different departments and stages of the creation chain connect more seamlessly on an ongoing basis. For example, if the editor attends the tone meetings that happen before each production block, where the showrunner and director talk about the story beats, the editor can gain priceless insights. Similarly, if the colorist is working in a vacuum to make the show look as good as possible, the episode may or may not reach its potential. But if the Director of Photography gets to sit with the colorist and they get to work on the grade together, great things can happen. Finding connections that turn the potential telephone game into a smooth transfer of information will make the difference between making a cohesive show and flailing blindly. Don’t give up any opportunity to connect team members from various departments.

In the next installment of our guide, we will look at the approval pipeline and what each stage is trying to achieve so that you can optimize each part of the process.