Why Can’t I Do It? A Podcast Producer Overcomes Internalized Misogyny

In the male-dominated world of audio, it can be easy for women to feel intimidated. A podcaster details how she conquered those feelings. 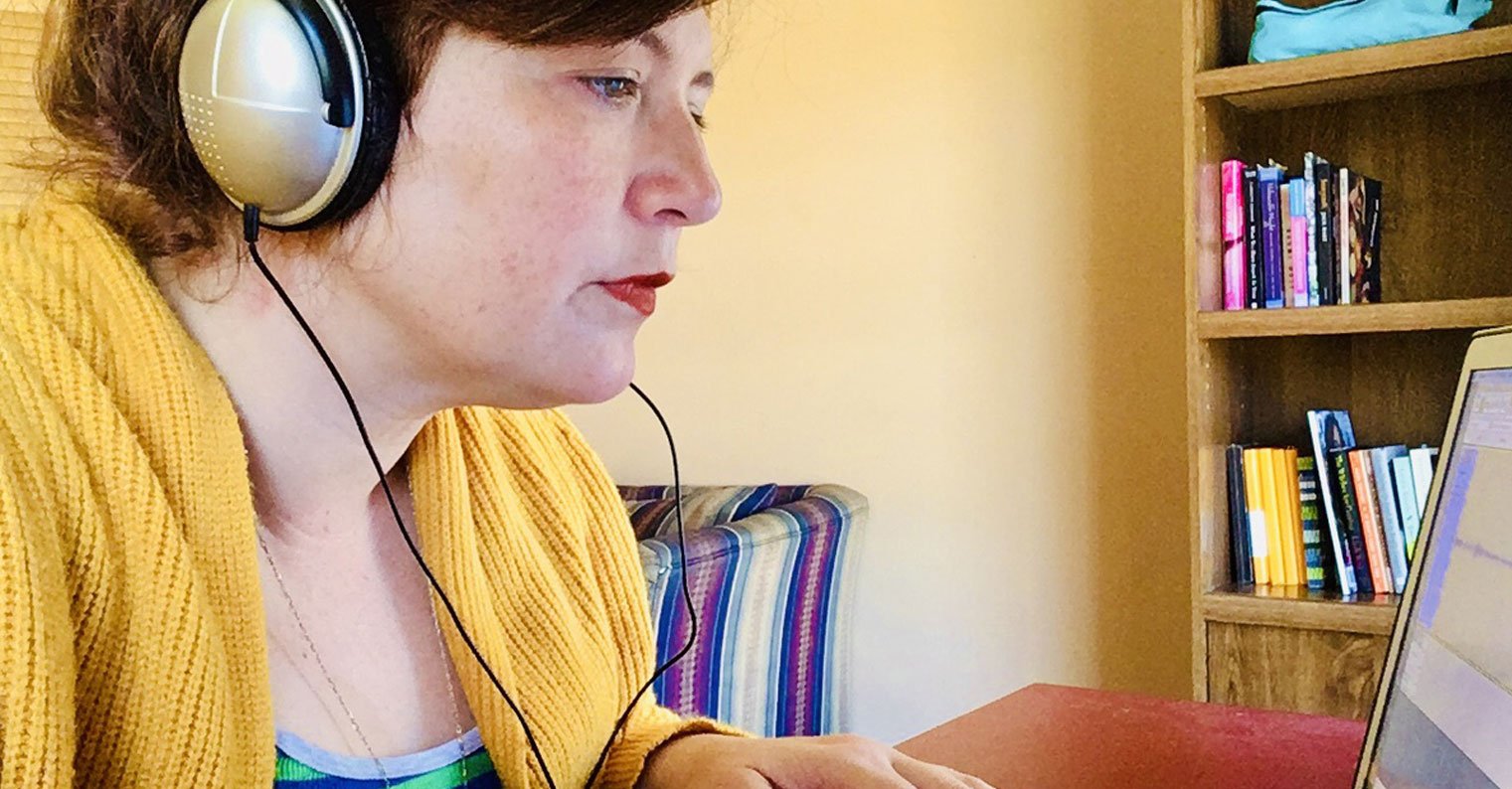 I just need to find a producer, I thought to myself. Then I’ll be ready. The only problem? I thought that for two years.

As a longtime journalist and essayist, I’m no stranger to complex creative projects, but a few years ago, I had an idea for a project that demanded new skills: podcasting.

The initial spark for my podcast The Matriarchitects emerged in 2016 and began to take shape in my mind. I had ideas for guests, brainstorms for graphics, and even a killer name for the project. But — and this was a very big but — I had no idea how to edit audio. I’d never done it before, and part of me didn’t think I could.

As children, we’re whirlwinds of experimentation. Our creativity abounds as we try on different activities and countless versions of ourselves. We draw, we dance, we sport. We venture outside and create whole worlds from our imaginations.

But as we grow, we begin to receive feedback from others about what we’re good at and critiques about where our talents decidedly do not lie. Our dreams of what’s possible begin to dwindle. Some of the feedback we receive at a very young age is deeply gendered.

A 2017 study found that, “by the age of 6, girls already consider boys more likely to show brilliance and more suited to ‘really, really smart’ activities than their own gender.” And while more attention has been paid in the past few decades to recruiting girls in the fields of science, tech, engineering, and math (STEM), in 2015, women still only constituted 15 percent of the engineering workforce.

The gendered expectations we have as a culture result in limited representation of women in certain fields. In Joy Lanzendorfer’s Atlantic article “Why Aren’t There More Women Working in Audio?” she explores the gap in the field, including The Audio Engineering Society’s 2016 survey, which found that only 7 percent of its members were women (though that number is incomplete because participants can opt out of providing personal information like gender). She writes, “With men holding the vast majority of technical jobs in audio, it follows that virtually all the music we hear — on the radio, over headphones, or in a live venue — has been shaped by a man.”

Tara Mohr, author of Playing Big: Practical Wisdom for Women Who Want to Speak Up, Create, and Lead, explores how women are socialized to be risk averse and to avoid taking risks in their careers. She points out, for example, how men will apply for a job when they meet only 60 percent of the qualifications while women apply only if they meet 100 percent of them. “Girls are strongly socialized to follow the rules and in school are rewarded, again and again, for doing so,” she writes. “In part, girls’ greater success in school (relative to boys) arguably can be attributed to their better rule following. Then in their careers, that rule-following habit has real costs, including when it comes to adhering to the guidelines about ‘who should apply.’”

A friend lends a hand

As a result of all this, it’s not exactly shocking that, when I imagined the person in the audio engineering chair, I didn’t see myself. All my life I’ve been praised for my writing, editing, and teaching — all skills I’ve felt adept at — but technical skills haven’t always come easily to me. When I first considered audio editing, I was turned off by the sheer amount of time and repetition required. I wanted the glamour of exciting conversations without slogging through editing them. I was scared audio editing would take too long to learn or that I wouldn’t “get it.” As a musician who sometimes felt uncomfortable with the technical aspects that come with performance, I knew the creeping feeling of arriving to a show and panicking about equipment. Sometimes I felt like an idiot; at times, I was made to feel like one. No wonder audio editing frightened me.

But necessity is the mother of invention. I didn’t have the money to hire someone to do the project. If I wanted to produce the podcast — and I really, really did — I’d have to edit it myself.For the first part of the process, I enlisted my friend Gwynneth, an engineer who had produced a popular podcast called Sound of the Trails. I reached out to her to ask her if she could show me some tips and tricks of audio editing so that I might venture into it myself.

Here’s the thing, though: Gwyn is a badass. She hiked the entire Pacific Crest Trail. She’s an engineer for a living. I was comparing myself to her before I even began, and I had a sneaking suspicion that just because she could learn audio editing skills didn’t mean that I could.

The first time we worked together, I hesitated. There were so many things to remember. I hadn’t yet done my first interview so I didn’t have any of my own audio to work with. But months later, when we worked together for the second time, something shifted. Gwyn showed me the tools she used most often for amplifying sound and reducing noise. She revealed how to easily zoom in and out to see soundwaves better on screen and how to cut noise and extraneous words. One at a time, she demonstrated a technique and then had me try it out for myself. 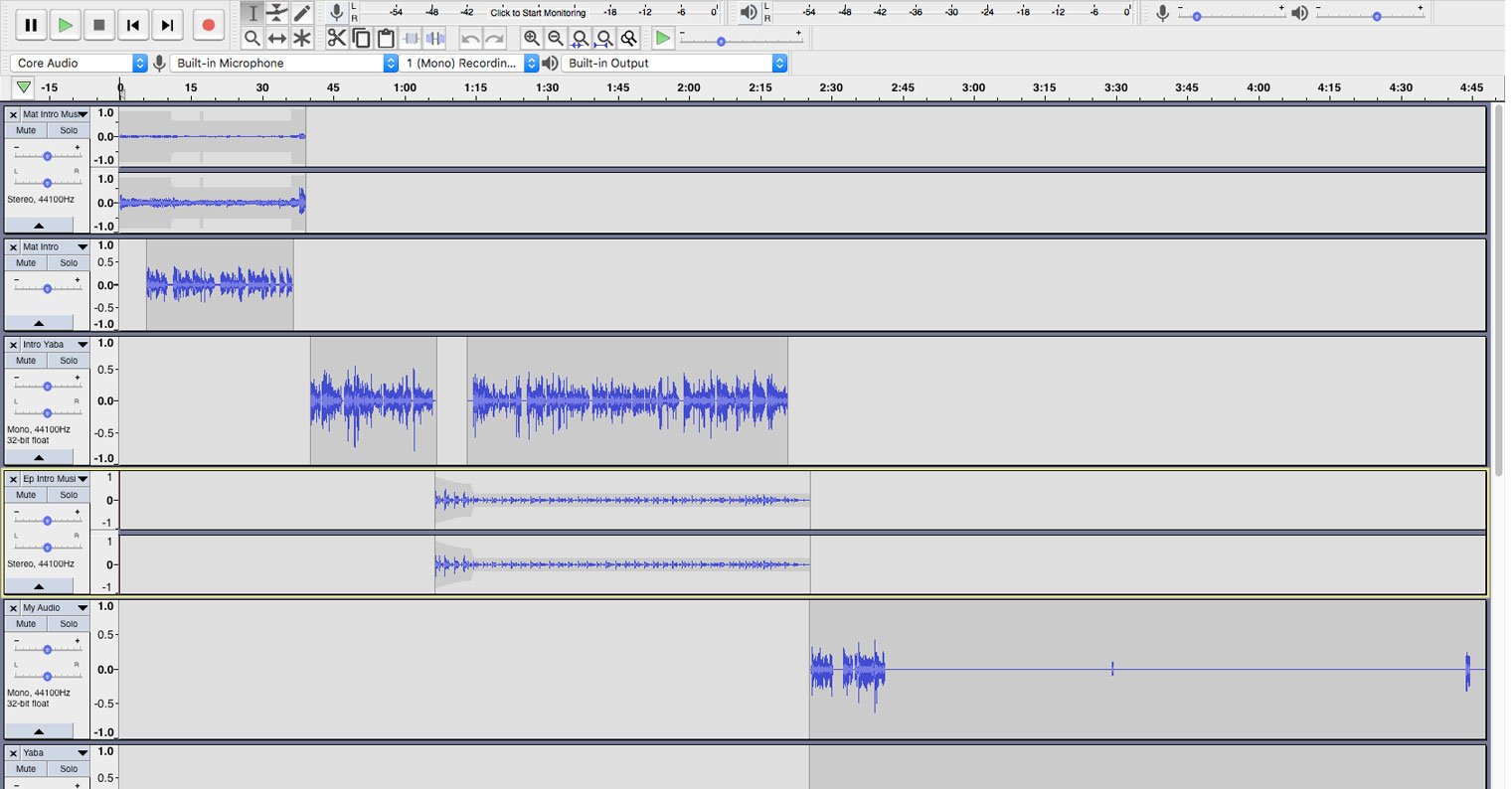 Safe in her presence, I expressed my fears and the internalized misogyny I had just begun to understand. Gwyn reassured me. She talked about her own experience teaching herself to edit and the challenges of being the only woman engineer in an all-male office.

As we worked together, I began to see that audio editing wasn’t magic. These were skills like any other that could be learned, that could be improved.

Finding role models and a community of cheerleaders

In the second phase of my learning process, I took an online course called The Podcasting Fellowship, taught by author Seth Godin and producer Alexandra DiPalma. Another woman! And one who not only successfully produces podcasts, but who, in 2019, launched her own production company: Domino Sound. Alex was confident, knowledgeable, and supportive. She told my cohort that we could do it. She answered specific questions I had along the way, and when I first launched my podcast, she was among the first people I emailed. Right away, she wrote me back with enthusiasm, listened, and left my first review . . . with 5 stars.

Then, with these women as models and cheerleaders, I learned. Over time, as I edited more and more, I realized that not only that I was good at it, but that I — gasp — enjoyed the process. I liked playing back the audio and thinking about story structure. I liked the hypnotic space of editing where you look up, and three hours have gone by. I liked having a fully formed podcast episode that I made!

I learned much more in this process than audio editing skills. I learned that some of the narratives those of us who were socialized as girls were taught are damaging and untrue. I learned that I could acquire new skillsets, even ones that initially felt intimidating. I learned of the community of women happy to help those just starting out. In learning from them about my own power and capacity, I unlearned some of the painful lessons of my youth and rewrote a narrative where I know that I can do it. You can too.

Lisa M. O'Neill is an essayist and journalist who writes about politics, culture, and social change with an intersectional lens. She is the founder, host, and producer of The MATRIARCHITECTS, a podcast and platform that highlights changemakers who are building a culture that respects, values, and celebrates women. You can find more of her writing here.
Read more by Lisa M. O'Neill