When It Works, It’s Not Work: Gary Dollner, Editor of Fleabag

Recognition is long overdue for the editor of Veep, Killing Eve, and Fleabag, which some call one of the greatest shows of the twenty-first century 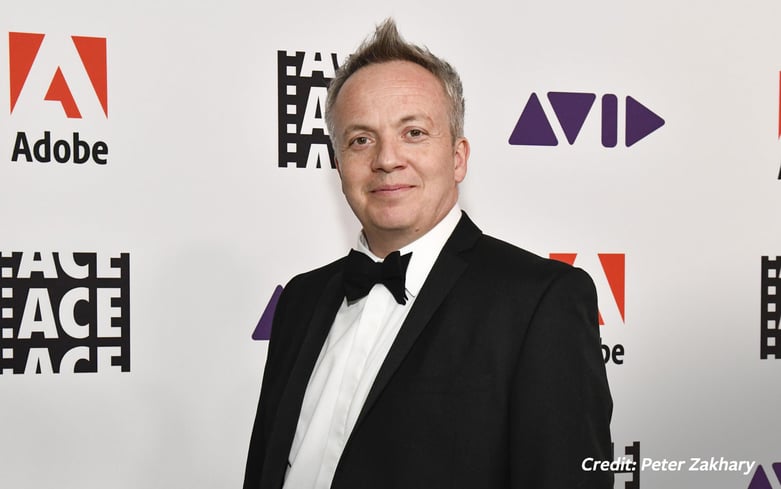 After being shut out in 2017, the second season of Fleabag swept all the major awards this year, including two Emmys and six Golden Globes. Auteur Phoebe Waller-Bridge, who also plays the titular lead, brings us the tear-jerking, wall-breaking tragicomedy, crowned by The Guardian as one of the greatest television series in the twenty-first century — and we’re only in the first two decades of the hundred-year span. That’s the kind of impact the show has had among critics and fans.

In the first season, Fleabag spiraled recklessly out of control, obliterating every relationship she had in a desperate effort to hide her depression from the outside world and herself. In the second and final season, Fleabag attempts to make amends for her many, many wrongs, and maybe get right with God while she’s at it. London-based Gary Dollner edited both seasons except for the pilot and was awarded both an Emmy and ACE Eddie for his work on the season two premiere. It was a long-overdue acknowledgment, given Dollner’s impressive body of work, which includes HBO’s Veep, BBC America’s Killing Eve, BBC’s The Thick of It, and BBC1’s Harry & Paul. Most recently, Dollner cut the pilot of HBO’s Avenue 5, How to Build a Girl starring Beanie Feldstein, and is currently working on a movie for Disney+.

I caught up with Dollner shortly after his ACE Eddie win.

Opening episodes, whether pilots or season premieres, are always a bit tricky, Dollner explains, because “there’s so much setting-up that needs to happen, often at the expense of the actual story.” He credits Waller-Bridge for writing an intro for season two that starts at a full-blown sprint, breathlessly delivering just enough backstory to get everyone up to speed before plunging into an episode that’s a thrill despite taking place almost entirely with the characters seated in a restaurant. “It was quite a claustrophobic tone that we were trying to set,” Dollner recalls. “Rhythmically, there were lots of things going on, with lots of awkward spaces between all the different characters around the table.” Rather than slowing things down to give space for each line, Dollner did the opposite, tightening the pacing and delivery. “We were trying to utilize that claustrophobic sense to our advantage, both dramatically and comically,” he says.

Because there were so many characters seated at a table for most of the episode, Dollner focused on finding and using all of the best looks and funny moments while maintaining the quick pacing. Dollner compares it to spinning plates: “You’ve got to make sure that all the plates are spinning all the time. You don't want to drop any of the relationships or the looks that are going across the table.”

That goes for dialogue as well. In normal conversation, especially in groups, people tend to talk over each other. Dollner loves this effect and uses it wherever he can, as fans of the show Veep can attest. In the Fleabag dinner scene, there was already plenty of natural overlap, but even when there wasn’t, Dollner tried to recreate the effect. Not only does it make the conversation sound more authentic, but “it means that you can energize the dialogue as well, because you do have to cut quite fast,” he says.

Eventually, with the help of Waller-Bridge and director Harry Bradbeer, Dollner found the right pace and rhythm to maintain energy across the entire episode.

There’s a scene at the top of the episode where Waller-Bridge’s Fleabag is tending to her bloody, recently broken nose, having been in some unseen altercation. As we jump back in time to the events preceding the scene, the bulk of the episode plays out with the nerve-wracking anticipation of violence.

“Early on, I felt the episode should almost be like a coiling of a spring, and you can just ratchet it up tighter and tighter and tighter,” Dollner says, “because you knew that 20 minutes into the episode, there was going to be this explosion, the tighter you could increase the tension, hopefully the sense of relief would be even more dramatic. Like shaking off a champagne bottle and then – bang! – the cork goes.”

He says having that upcoming altercation also let them be quite playful about how they created the tension. Case in point: the insufferable brother-in-law, Martin. “Everyone watching just knew that Martin wanted to be punched in the face, and everyone was behind Fleabag when she [did it]. It was a fantastic sense of release within the episode,” he says. “And it was funny!”

Conflicts and controversies are bound to arise when making a TV series, but not so with Fleabag, and especially not inside the edit bay, where the vibe was jovial and collaborative as writer/showrunner Waller-Bridge, director Bradbeer, and editor Dollner cut all six episodes of season two, start to finish. 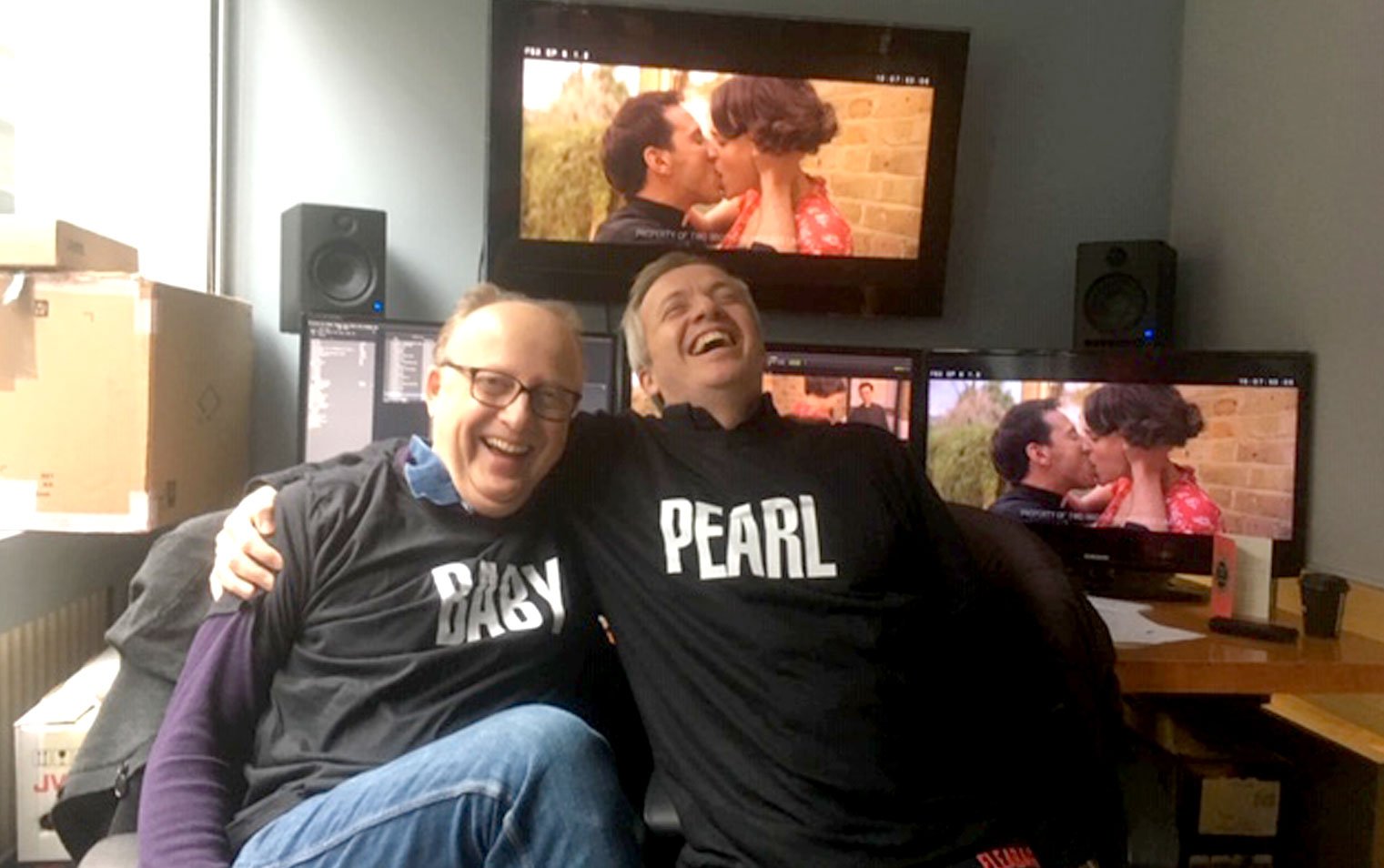 Having such a tight-knit team had at least one big advantage, says Dollner. “I think the fact that we all clicked and got on so well, there was no fear of trying things out,” he says. Although they were working with what would later be lauded as an Emmy-winning script, all three were open to experimentation, trying out different ideas in the cutting room that didn’t necessarily follow what was written. “Sometimes the ideas failed spectacularly, and other times they didn’t.”

“But even when you do go down an editing cul-de-sac, it’s never wasted,” he says, “because there’s one or two things that are born out of that process that you wouldn’t have necessarily found if you hadn’t gone down that road.”

The spice of life

Dollner has been cutting improvisational comedy since the late 90s and has learned to always stay “alert to moments, looks, adlibs, even different ways of delivering a line that I feel may be fresher or slightly different or give you a different emphasis,” he says. Some actors like to give what he calls a “metronomic” performance, where they deliver the perfect line, over and over again. “I gravitate towards the opposite of that,” Dollner explains. “It’s actually difference that often rings a bell with me.”

A prime example, he says, is Brett Gelman, who plays Martin or “the guy you want to see punched” in Fleabag. Dollner calls Brett’s performance “just extraordinary. I think he’s a genius because he can deliver the same lines in a different way where his emphasis is completely different every time.”

“It’s actually difference that often rings a bell with me.”

Of course, working with radically different deliveries makes it hard to use different takes in the same scene, but Dollner doesn’t mind. “It makes for a much more interesting and nuanced delivery, and when it works, I think it’s very satisfying,” he says.

Although Dollner has since edited with showrunner Waller-Bridge and director Bradbeer on the series Killing Eve, the first time the three met was when Dollner came in for an interview for the first season of Fleabag. “I think they’d seen quite a few different editors,” he recalls. “They told me afterwards that when I left the room, they turned to each other and said, ‘Well, I feel like we’ve been told off, but I think we should work with him.’”

Laughing, Dollner continues: “I suppose I must have been quite opinionated in my views!”

Having a strong opinion has served him well so far. “It’s a good way to be, because, as an editor, you’re often the first audience to look at the material, so I think you have to be quite strict with how you view it and go with your gut instincts a lot,” he says.

That philosophy translates to the interview as well because, as Dollner sees it, what do they want you for, if not your opinion?

Over the past few years, Dollner has had two main assistant editors. Jo Walker assisted on The Thick of It, Veep, and the Ricky Gervais movie Life on the Road. More recently, Dan Gage assisted on Turn Up Charlie and season two of Fleabag. Dollner sees assistant editors as on a path to editing and does what he can to help them along. “It’s one of those things where you like to have the familiarity of a system, but you also know that everyone’s trying to make that break across [to editing], so it’s a bit like being a parent,” he says. “At some point, you gotta let them fly the nest!”

“A long time ago,” Dollner recalls, “I started off as a runner making cups of tea and fetching people on a show called The Word in the UK.” After a season working on the weekly music show, Dollner, who had grown up making films as a kid and in college, told them he knew how to edit “and they foolishly let me have a go. I never looked back.” He says that’s where he finally understood the power of editing: “It was a lot of fun and very creative, and I quite liked the influence you could have on the final look of a TV show or film. I realized that’s where it all came together.”

The thing Dollner loves about being an editor is that he’s “always continually fascinated by the tiny minutiae. This sounds quite nerdy, but there are certain looks, or actions, or the way people say lines. If you make sure you get all those tiny little bits, it all adds up to something bigger than it actually is,” he explains.

For Dollner, every project is like starting a new puzzle. “There are so many different ways of telling a story, and there are so many ways of cutting a scene, and then if you’re lucky enough to work with great writers and actors, then every project presents itself with unique challenges,” he says. “It’s not like working at all, is it?”