From meeting the Na’vi creatures in the groundbreaking film Avatar (2009) to navigating the desert landscapes in the Disney+ series The Mandalorian (2019), virtual production is one of the fastest growing tools in the film industry.

Virtual production involves the process of combining virtual and physical elements. For years, audiences have been captivated by this advanced technology. Storytelling techniques are unlimited with virtual production.

This powerful technology can save production time in scheduling and post-production costs. Virtual production will only continue to grow in popularity among filmmakers. Hollywood studios and indie filmmakers alike can use this technology to bring their creative visions to life.

Pre-Visualization, or pre-vis, is an important component of virtual production. As part of the pre-production process, creative teams implement storyboards and digital software to plan the design of animated characters and virtual locations. Any complex scenes or intricate camera movements can also be blocked out before shooting even begins.

During this process, crews can also explore virtual set scouting. This technique involves the creation of digital assets with AR technology to “walk around” the virtual set. Filmmakers can customize a meta-human to tour the location or use VR headsets to explore the new world.

The art department on season 8 of Game of Thrones partnered with The Third Floor Inc. to use virtual set scouting. The visualization studio generated virtual copies of the sets that the team was able to explore before starting construction.

Virtual set scouting is beneficial for crews looking to build an interior set, a set on a backlot, or even design a virtual set to use as digital assets during filming. Pre-vis serves as an important guide for virtual production. The digital assets can be altered seamlessly throughout the production process.

While pre-vis helps you design the vision for your project, post-visualization, or post-vis, can help carry it out to completion. Post-vis assists the creative team in viewing the virtual effects while the camera is rolling.

Cameras can be calibrated to sync with digital assets to give accurate perspectives in the shot. The virtual set, or animated characters, can be observed on monitors. This advanced technology aids the cinematographer in accurately setting the frame. The director can also give feedback in association with their vision.

VR trackers help align the camera with the virtual world so that when the camera moves, the digital elements move as well. Filmmaker Ryan Connolly, the host of Film Riot, used Unreal Engine, a 3D creation software, to test this technique.

Connolly demonstrates in his virtual production video how he viewed his digital assets on the monitor while filming his live-action scenes. He used the Vive Mars CamTrack system to sync his physical camera with his virtual camera. This tool helped him successfully execute movements in his shots while immersed in his imaginary world.

Like pre-vis, post-vis is meant as a guide to represent the creative team’s vision on set. Once the shot is approved, the digital assets are handed over to the editorial team for final animation and compositing.

From imaginary characters such as Gollum in The Lord of the Rings: The Two Towers (2002) and the apes in the revitalized Rise of the Planet of the Apes (2011), motion capture has inspired filmmakers for decades.

This technology equips the performer with a motion capture suit, also referred to as a mo-cap suit. This suit tracks the movement and performance of the actor. The data from the mo-cap suit combines with the digital assets of the character so the crew can view the animated character on the monitors during filming. After wrap, the assets are sent to post-production to finalize the character’s animation.

There are two types of live projection in virtual production: front projection reflects light off the screen, while rear projection diffuses light from behind the screen.

In his tutorial video, Ted from Indy Mogul went behind the scenes at the Feirstein Graduate School of Cinema to investigate front projection. He discovered how this technique gives more creativity and control on set.

This method might be one of the more cost-efficient tools for independent productions. Projection gives your actors a reference to enhance their eye-line. This technique can also add color and texture to your shots.

It’s important to ensure that the lighting matches both the projected background and the live-action filming. The closer those elements match, the more realistic your shot will look. When set up correctly, live projection can look practical and add simplicity to your project. 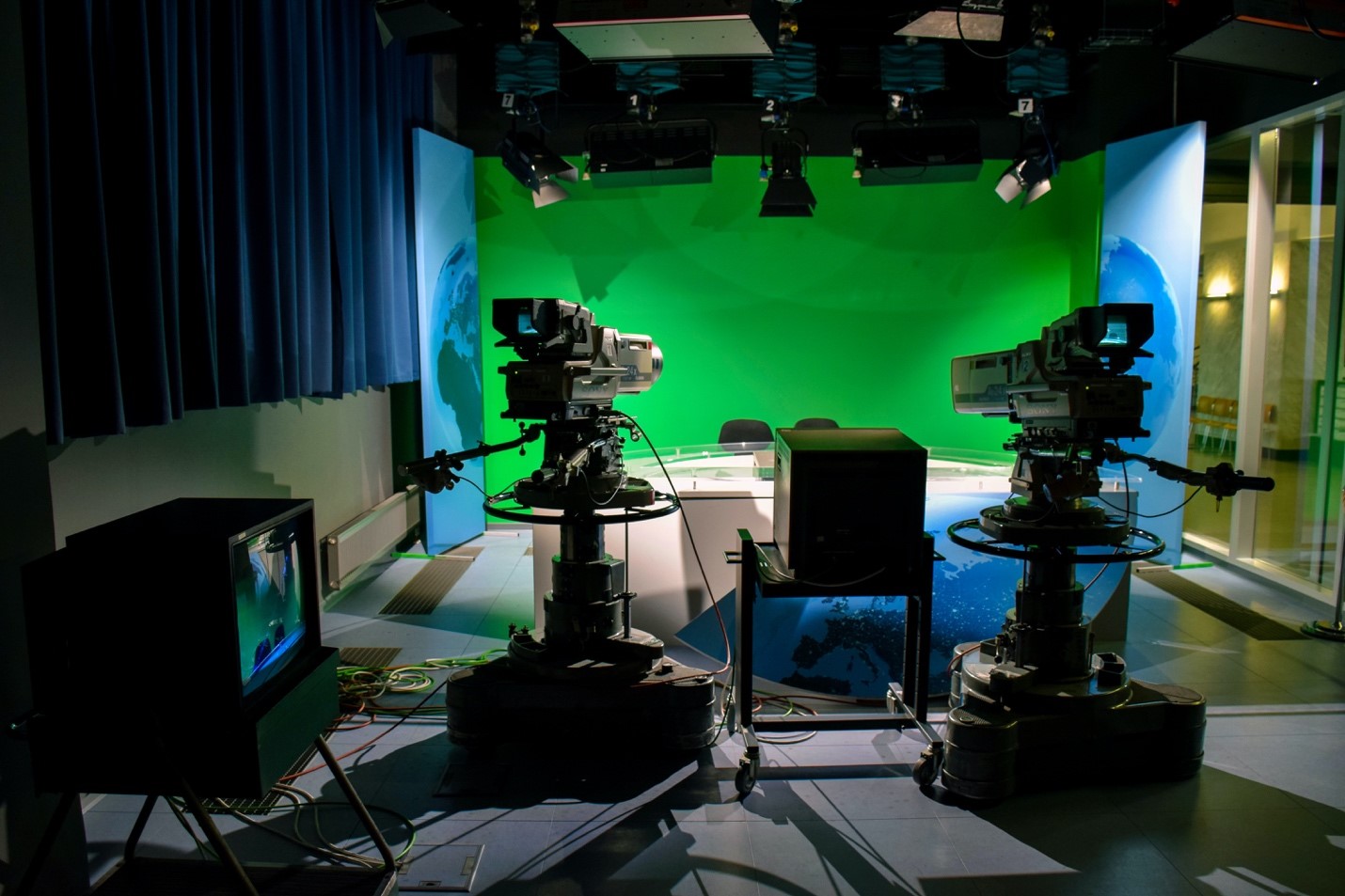 One of the most traditional forms of virtual production is the green screen. Introduced in the early 1930s, the green screen used to require active imagination from the cast and crew. The crew would film a scene against a solid green or blue background. The footage would later be sent to post-production to replace the background with the fictional world.

Now, the crew can use virtual production software on set to observe the digital assets on the monitor. News stations replace green screens with live weather reports while on air. Creative teams can view the imaginary world on the monitor during filming.

Virtual production has taken the guesswork out of green screen technology with more accuracy in camera movements and realistic elements, saving your production time and money.

An LED wall is the most advanced form of virtual production. The Mandalorian (2019) used this groundbreaking technology to take their visual effects to the next level.

A video wall becomes a backdrop that adds realism to your dynamic world. With the wall encompassing your entire peripheral vision, you are completely surrounded by your imaginary setting. With virtual production software on set, your digital assets can also be adjusted quickly and easily in real time. The revisions are transferred to the wall instantly.

Although green screens can be more affordable, LED walls are the best investment. They offer the most immersive experience as your cinematographer accurately frames the shot. They also allow your actors to better react to the imaginary world around them.

An LED wall also creates realistic lighting and reflections that match your digital assets, while green screens can cast shadows and spill over additional green light. A green screen requires more time in post-production, while there is a quicker turnaround time with an LED wall. However, if your production involves explosives or dangerous special effects, a green screen would be the better option to avoid damaging an expensive LED wall.

LED backgrounds are a monumental advancement in virtual production. With the immense benefits, LED walls will only continue to grow in popularity.

The Future of Filmmaking

With the ever-growing popularity of virtual production, there is no limit to creativity in your project. This modern technology has helped many crews integrate the imaginary world into live-action filmmaking.

The innovative advancements in virtual production have led to more seamless collaboration among different departments. Crews can effectively carry out the creative vision from pre-production all the way to completion.

According to Variety, the FX series Snowfall (2017) adopted virtual production in its fifth season by using LED walls. The show has saved up to $49,000 an episode by reducing shooting time, transportation between locations, and crew quantity. Shooting on a virtual stage can also reduce the production's carbon footprint.

With a variety of tools and techniques in virtual production, these methods can be adapted to any budget. Filmmakers can let their imaginations run wild with the endless possibilities virtual production brings.

Are you looking for an effective way to collaborate during your virtual production? Using a tool like MediaSilo helps video teams access media assets anywhere — quickly and easily. With real time collaboration and secure organization, MediaSilo has helped teams stay more connected and efficient. Learn more about how you can streamline your workflow.