A veteran writer jumps into the podcasting unknown and emerges triumphant 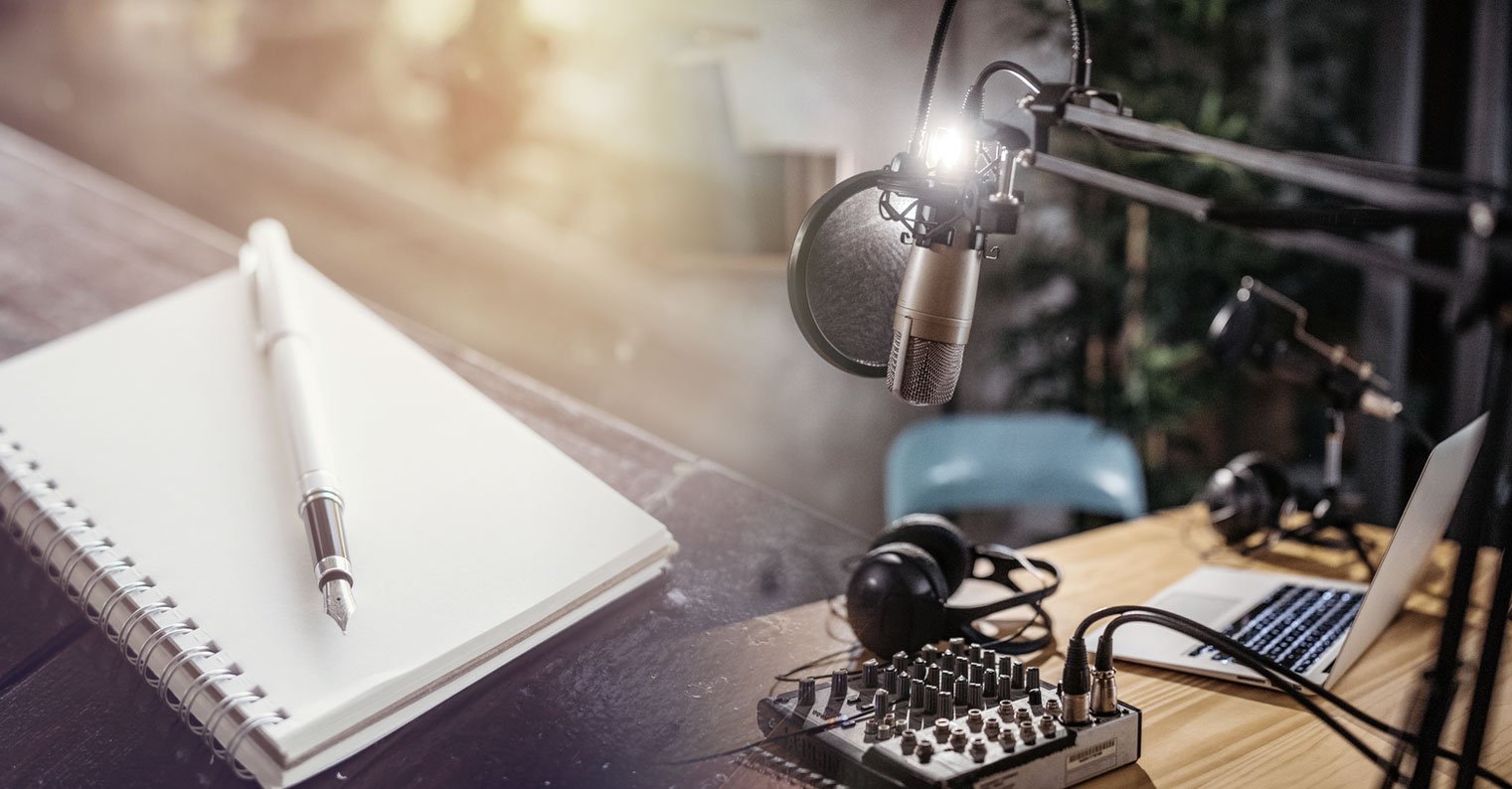 I worked as a journalist and essayist for decades before I started podcasting. When I began the process of producing my own podcast, I was daunted by the technical skills I’d have to learn but not by the prospect of producing content. That’s the part that inspired me to make a podcast in the first place. For many years — but in a heightened way beginning in early 2016 — I felt overwhelmed by constant news of the cultural and systemic oppression of women. I craved stories of community leaders actively working to create change. I knew I couldn’t be the only one. That’s why I started The Matriarchitects, a podcast and platform that highlights changemakers across disciplines who are building a culture that respects, values, and celebrates women.

Perhaps before I began I knew intuitively what I found out practically: All those years of producing for print translated into knowing how to produce quality audio content. Those skills gave me confidence as I powered through learning the technical side of audio production. If you’re interested in taking the leap from print to audio, rest assured that you’ve already got a leg up. 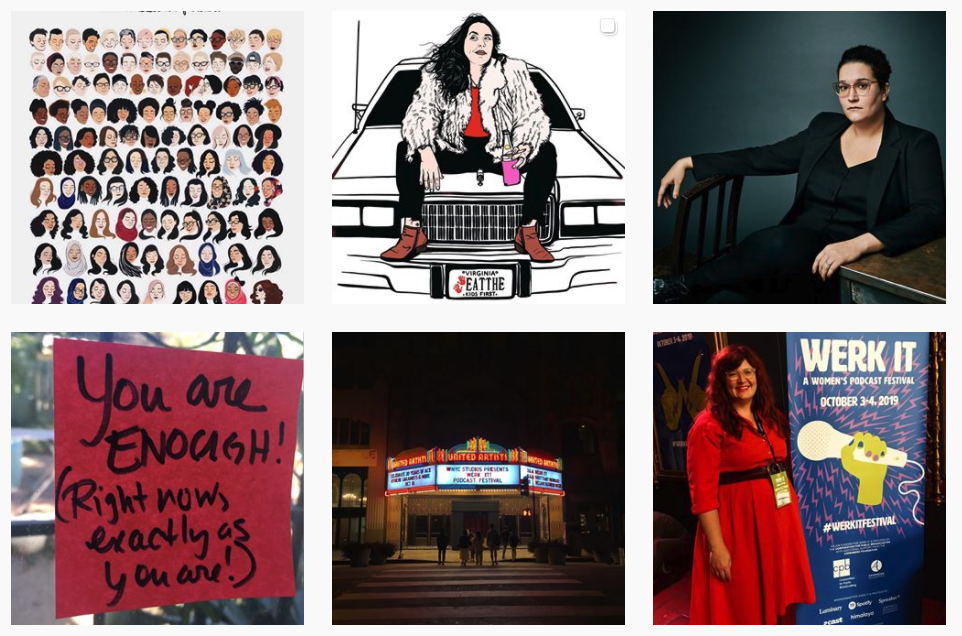 You know a good story. Good storytelling is the key for powerful and resonant content in any form. From selecting and recruiting interviewees to conducting research and knowing how to edit down, you understand what makes a story resonate for you and listeners. You understand the meaty heart of a piece and what can be trimmed out.

You understand structure and pacing. What makes or breaks a strong audio piece isn’t only what a producer includes but what they choose to leave out. Just as with written work, you need a strong start, a compelling middle, and an ending that feels complete. You can move pieces around and cut unnecessary tangents. Oftentimes, podcasts will start with a teaser that tells listeners what to expect or piques their interest somehow. Just as you want a reader to be pulled in during the first few sentences, you want a listener to know within the first few minutes that they want to stick around to hear the rest.

"Besides the administrative work of arranging interviews, making calls, and conducting research and site visits, you need to think about how you want to present your voice."

You understand how to prepare and how to roll with the punches when things don’t work out as planned. You know what preparation looks like for print, but in podcasting, there are extra concerns. Besides the administrative work of arranging interviews, making calls, and conducting research and site visits, you need to think about how you want to present your voice. Are you an active part of the conversation, or do you want to let others’ voices carry? I find too much interjection from a host disruptive while too little can be deadening. When two or more people are co-hosting, their back and forth feels natural and necessary. In more narrative storytelling, the narrator often pops in and out to fill in details, give updates, or to link interviews and b-roll. You also need to make sure you have the right equipment (more on that below) and that it’s functioning properly so you get the best audio possible.

That said, you, like me, may have experiences that throw you for a loop: an odd clicking noise on a phone interview that you’ll have to edit out in post-production or being suddenly ousted from an office and needing to conduct an interview in a less-than-quiet spot (like outside under a fly zone — not kidding). Or your guest could arrive from the worst meeting of their life straight into your interview. You’ll do all you can to prepare for both content and technical concerns but have to roll with the punches and do the best you can. Trust that your past self has prepared as well as possible, trust your present self in the moment, and trust your future self to make it work. 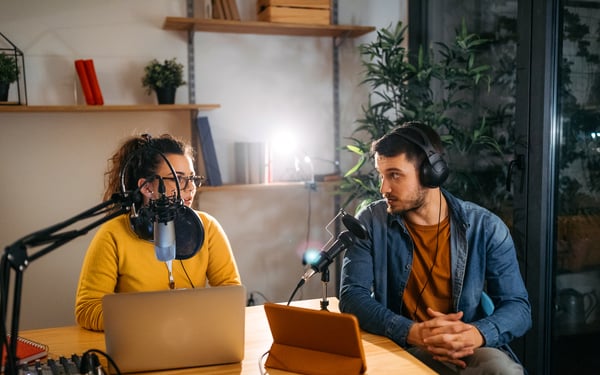 You know how to make it work. The best laid plans don’t always result in the content you hoped for, but that doesn’t mean you can’t shape it into a quality piece. Sometimes interviews won’t deliver in the way you hoped. Sometimes there are holes or questions that you have to work into the story itself. That’s true with audio as much as it is with written pieces. However, these moments of frustration — in both writing and podcasting — can lead to the most innovative solutions and satisfying results. The most important thing is to allow yourself to be less attached to what you thought the piece would be and see the possibilities of the audio in front of you.

You have a passion for fine-tuning. Writers take painstaking care when choosing one particular word. Or changing the syntax of a sentence. Or arranging and rearranging paragraphs. In audio, patience for fine-tuning not only has to do with editing for the audio quality but paying attention to the flow. This means leaving enough room for natural pauses while not losing listeners’ attention. It means deciding when and how to incorporate musical breaks. It means excising too many “um”s or other verbal distractions. It means creating the most fluid and satisfying audio piece possible.

Editing for media saturation and attention spans. The literati often quote William Faulkner, who famously said, “You must kill all your darlings,” about the written word. When writers get too attached to certain lines or descriptions, they might leave them in even when they don’t serve the story. This is perhaps even more true for audio and something to keep in mind when people have so many options — podcasts, radio, streaming services, and so on. Amplifi Media’s Steve Goldstein wrote in a RAIN News guest column that “Recent analysis of listening habits from the NPR One app reveals that a mere 18 words into a segment, people are deciding whether they will continue listening. Another recent and equally compelling set of data from one of the podcast aggregators, shows an attrition rate of 40% in the first 7 minutes. Longer podcasts should expect that 2/3rds of the audience is gone sometime between 20 and 60 minutes.”

Even if there are moments that stood out during your interviews, those moments might not belong in the final cut. Be open to excising everything but the strongest parts so you end up with the best version.

"A mere 18 words into a segment, people are deciding whether they will continue listening."

Acknowledging the work behind the work. Unlike writing for a publication, doing your own audio means being a jack of all trades. Many podcast productions have an entire team, but as a team of one, I’ve had to do everything from booking guests, handling my own audio equipment and editing to designing my logo, updating my podcast website, and running all the social media accounts. So much behind-the-scenes effort goes into putting audio into the world, and, if you’re going solo, it’s important to be patient with yourself as you negotiate all the pieces.

Investing in equipment. This is one of the biggest differences between producing audio versus written content. You want a baseline of equipment to get quality sound. That said, a friend who ran a successful podcast used interviews conducted solely on iPhones and recorded her narration using a $60 microphone and free audio software. I’ve used a H2n Zoom for most of my interviews but always do a backup on my iPhone Voice Memos and sometimes, in a pinch, have used those instead. You can start with more basic equipment and build on this as you’re able.

Saving, backing up, and preparing for the worst. With audio, if you lose a file, you lose the story. It’s really important to make sure that you’re recording on multiple devices when possible and that you back up your files. Once, while editing, a software program suddenly shut down and corrupted my original file, but I was saved by the iPhone Voice Memo file I had as backup. Be cautious and protective of your files. 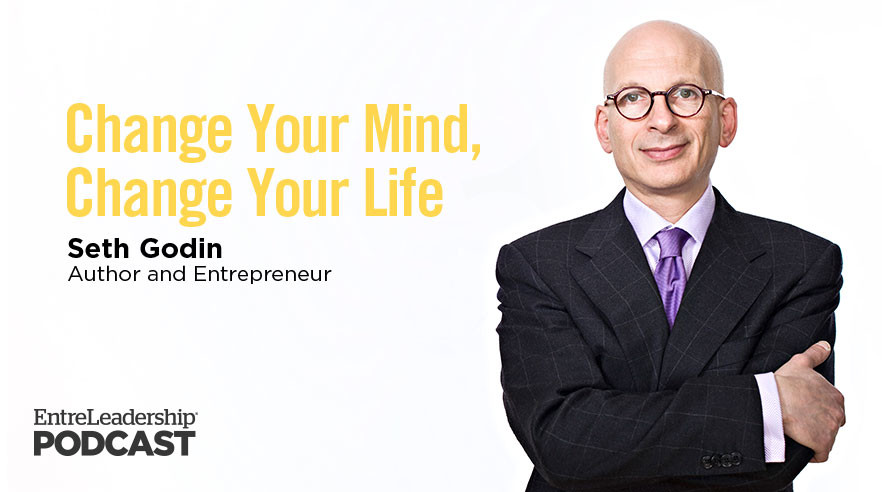 Opportunities for taking the leap

Just begin. You have an idea for a podcast or an audio story about something you’re passionate about. Brainstorm and develop your idea and think about the form you want it to take. There are thousands of online tutorials from audio engineers and podcasters about everything from the best microphones to how to edit using different software. You don’t need to start with ProTools, which is pricier. You might already have Garage Band or Audition on your computer and can start there. There’s also Audacity, which is free. Download it, start recording, and play around with its editing tools.

Learn from others. Two moments were pivotal in my development as an audio producer. First, a friend who produced her own podcast showed me the ropes, hands-on, in Audacity. After just a few times meeting together, I became much less intimidated by the process and more willing to try it on my own. I also took a class called The Podcasting Fellowship from Seth Godin and producer Alexandra DiPalma. It’s designed to help from conception to production; because I arrived with a concept already clear, I benefited from DiPalma’s technical skills and support. These two experiences gave me the confidence and know-how to launch The Matriarchitects.

"There are many state, national, or subject-specific listservs and Facebook groups for those working in audio production if you just look."

Grow community. Once I started podcasting, I realized how many resources exist for audiophiles. Transom has extensive resources for people who are starting out, and it hosts a nine-week residential program and shorter traveling intensive training. Last fall, I attended my first Werk It! A Women’s Podcast Festival, where I met and connected with new producers like myself and seasoned professionals. I’ve also heard great things about the Third Coast International Audio Festival. There are many state, national, or subject-specific listservs and Facebook groups for those working in audio production if you just look. I’ve found these communities to be tremendously supportive and welcoming to people at all stages of audio development, whether they’re newbies or seasoned professionals.

As you enter the realm of audio production, perhaps you’ll discover, as I did, that your writing skills can be put to use in different form. Immersing myself in the audio landscape showed me how it’s ever-expansive — there’s a reason podcasts are growing at a booming pace. This surge comes not only because so many of us have stories to tell but because each of us has a unique way of telling them. I encourage you to take the writing skills you already have to create audio programs so others can listen to your work and wisdom.

Lisa M. O'Neill is an essayist and journalist who writes about politics, culture, and social change with an intersectional lens. She is the founder, host, and producer of The MATRIARCHITECTS, a podcast and platform that highlights changemakers who are building a culture that respects, values, and celebrates women. You can find more of her writing here.
Read more by Lisa M. O'Neill