The Manager's Guide to Hiring Fresh Post Production Talent in 2022

There are some very real differences about the current generation of entry level workforce that need to be reckoned with if you are going to hire and onboard people properly. 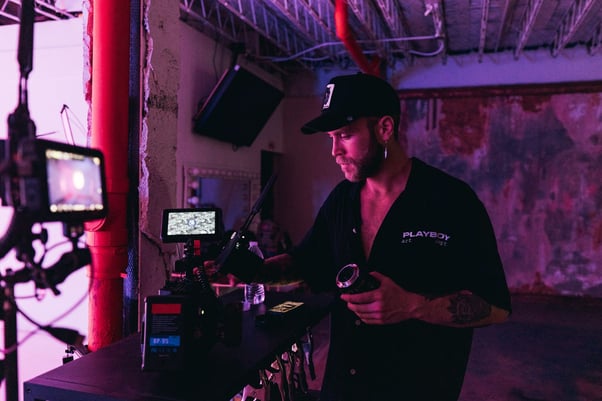 Everyone has to get their start in this industry somewhere. Maybe it’s as a runner, shuttling hard drives and other materials around town. Maybe it’s on the front desk, or directly as an assistant editor, colorist, or a logger. Then, eventually you not only move up steps in the industry, but you yourself get the chance to hire that next wave of post workers who will keep creating the content of the future.

Odds are when you start hiring, you’re going to assume that the people you are hiring will be a lot like you were at their age. However, that’s just no longer true. While every generation in human history has gripes about how “kids these days” are different than they were at the same age, there are some very real differences about the current generation of entry level workforce that need to be reckoned with if you are going to hire and onboard people properly.

While the exact boundaries of what defines each generation is an argument best left to the sociologist or the makers of memes, we’re going to go with “Generation Z” here to talk about this new wave of employees. If you are hiring an assistant who has recently entered the workforce, odds are the generation Z/zoomer label is the closest to one they’ll identify with.

The first thing to understand is that it’s no longer fair to assume the same base level of references for film and TV that applies to your generation. This point is one that frequently comes up in a complaint about this generation. “I asked them about Raiders of the Lost Ark and they hadn’t even seen it!” someone will say after an interview when discussing why they didn’t hire someone.  “Clearly they aren’t serious about movies if they haven’t even seen Raiders.”  While that specific example is due to age (Raiders came out 15 years before most zoomers were born), the bigger issue is the end of monoculture.

Even if you grew up with cable TV, if you are 30 or older odds are there were only a few cable channels that showed anything good. You had to go to the video store to get movies, where selection was limited. A lot of your choices about what you could even watch was incredibly limited by choices others had made for you. Yes, “The Shawshank Redemption” is a good movie, but it was also shown on cable movie channels nearly 24/7 for a period of years, so everyone you knew had seen it at least once without really trying. You could reasonably assume anyone “interested in movies” had seen it.

Zoomers have grown up with infinite media choice. Netflix (on disc, then streaming) was common, and they have always had everything available to them to watch and have gone down rabbit holes of niche exploration that just weren’t possible in years past. If you got into the french new wave in high school, you had maybe 5 movies you could watch at your video store or library, then you needed to mail order tapes or do inter library loan. The zoomers had all of everything ever created at their fingertips.

How do you deal with this? First off, understanding. Don’t judge your job applicants just because they haven’t seen some movie you love that comes up in the interview. It’s not a deliberate insult or a lack of curiosity that has left them without seeing the specific movies you think are important. It’s just how big the canon has become and the extreme increase in quantity of choice.

This also affects their education. If Zoomers did go to a media studies program, they still likely only had 1-2 “history” classes, with the rest often focused on other areas like production. That would mean only 30-60 films get assigned in those classes at most. It’s likely somewhere along the way someone asked them to watch “Citizen Kane,” but it’s also likely that there are a lot of films and media you consider vital that just never got assigned. You still hear people say things like: “You haven’t seen The Conformist?  But I thought you went to film school!” which usually shows a lack of understanding for how little time some film programs put on film history and exactly how much film history there is out there to cover.

Secondly, if it’s important, create a references list for a project. Working on a horror film, it’s acceptable to suggest 5-6 films that should be watched to have the language of that project. The same applies in all media. Working on a historical doc TV show? Have a list of shows with which would like entry level employees to familiarize themselves.

Even in as mainstream a format as reality TV, there is so much content out there that you can’t assume familiarity with your individual show and its needs. Most new employees are eager to learn what they need to know to do their job well, and if that involves watching a few episodes of a given show that is very influential on your style, so be it.

One common task of the new employee in post is research. Whether it’s knowing the newest workflows because they are fresh out of a training program, tracking down information on how to deal with a new file format or camera media coming in from production or even just chasing down answers to an Avid bug when the engineer is busy, junior employees are often given side research projects in between more routine more.

This generation has more successfully made the transition to video for information than previous generations. This means both that they would rather be trained with a video, and also that they are more likely to find video results for answers than film workers of even a decade ago. There is not only a huge film and post community on YouTube (such as Film Riot), but even TikTok is starting to be a place where people share small tips and tricks and solutions to workflow problems.

If you ask a new employee a question and instead of getting back to you with a forum link or a .pdf they respond with a TikTok link, that doesn’t mean they didn’t take the research problem seriously. It just might be where the best answer is to be found these days.

If you are creating new training materials, consider including more video content than you would have with previous efforts. With new audio search tools, it can be just as keyword searchable as a .pdf. And will often be more engaging.

One thing you might have heard frequently about the zoomer generation is that they expect a higher level of political engagement and “purity” from the companies they work for compared to previous generations. Some of this is purely fear mongering nonsense, but some of it is true, and it’s important to understand some context for the situation as you go about the hiring process.

The fear mongering nonsense is when you read headlines that young people are refusing to work or are expecting political alignment and purity from the companies they work for. That’s not the real experience for most of us hiring in post production. Young people are eager for jobs and paths into an industry they are passionate about. They want to work on projects that excite them, but they also are just excited to do the job and tend to have a pretty broad set of projects they are eager to work on. Recently, we did have one potential hire who heard we also worked in commercials and passed on a job because commercials as an entire concept “didn’t fit with their values,” but that candidate was actually over 30.

If you are working on projects for political campaigns, you’ll find that folks won’t want to work on projects they don’t support. And certain special topics such as working on an ad campaign for a bombing system will be difficult to staff. But largely, this generation understands that they won’t get to work on the perfect project all the time.

Zoomers are also more aware than previous generations of how valuable their skills are and how those skills contribute to a company. Whereas previous generations tended to focus more on getting any foot in the door and looked for raises as they moved from job to job, this generation is much more willing to actively negotiate for a raise quite early in the process (even just a few months after getting hired). This can be surprising the first time you experience it, since most of you who are now at the mid level had a year or more of low paying work as a way to “break in” to the industry. This generation is often less willing (or with rising housing prices less able) to do that.

Gen Z is also more interested in seeing a fair and equitable workplace and calling out management for situations they see as inappropriate. Asking someone to stay late without overtime to wait for a drive to get dropped off or a render to finish will get much more pushback from a zoomer than it used to.

It’s important to remember that just because we all had to do it doesn’t actually make it right. Oftentimes they are pushing back not just because they feel they should be paid overtime, but also because that’s the labor law. The film industry has always been notoriously lax about labor law enforcement since everyone is so eager to “prove themselves” and “move up the ladder” that they do whatever it takes to get ahead. This generation is more willing to put a focus on being treated fairly right now in a way that can feel aggressive the first few times you experience it.

As discussed at the top, every single generation in human history has had “kids these days” observations. The concept of a new generation having different values is nothing new. The key to remember is that it’s not the individual zoomer you are interacting with who changed; it’s the world they were raised in that changed around them.

They are likely just as eager and excited to be in this industry as you were at their age, but they are going to show it in different ways and with different boundaries. They are the future of the industry, and with a little consideration it can be invigorating to bring the next generation into the workplace. Show them what you’ve learned, and also learn from them.

Charles Haine is currently a professor at the Feirstein Graduate School of Cinema. Since completing his MFA at USC in 2005, he has worked as a freelance director, cinematographer and colorist. Haine founded the Academy Award nominated production company Dirty Robber in 2008.
Read more by Charles Haine