From the local to the national level, politicians are paying sharper attention to labor issues affecting freelancers and contract workers 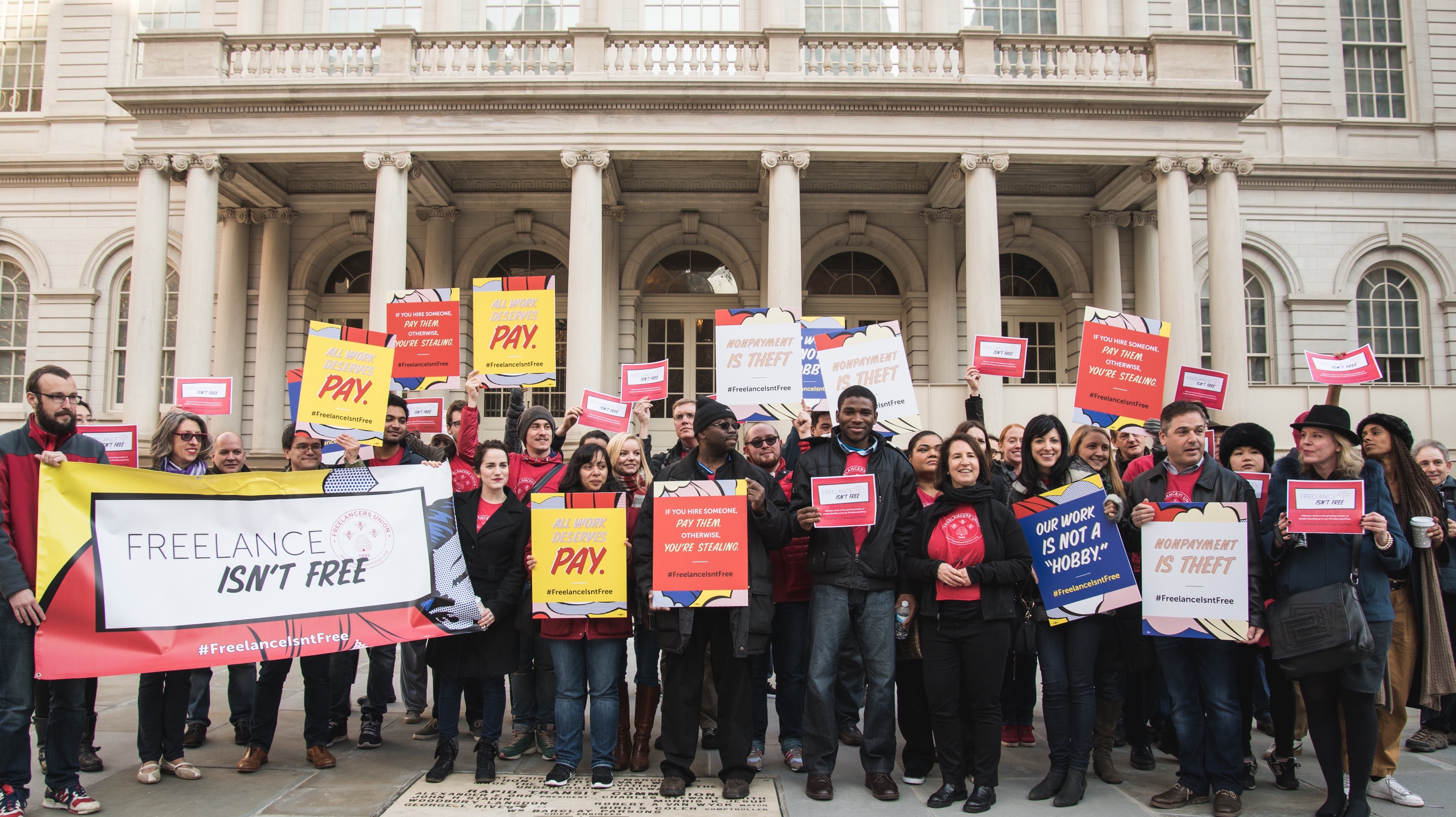 In 2016, when Senator Elizabeth Warren (D-MA) gave a much publicized speech about the gig economy, conversations about independent contractors weren’t exactly burning up the presidential campaign trail.

Fast forward to the 2020 election cycle, and gig workers are now occupying greater mindshare among legislators and their constituents.

Moving into the political spotlight

As employers and elected officials have come to understand, this burgeoning population is a formidable political force. A recent study by the Freelancer’s Union revealed that freelancers are significantly more politically active than traditional workers (53 percent compared to 34 percent). Full-time and millennial freelancers are even more likely to be politically engaged at 60 percent and 65 percent respectively. More than that, while they tend to vote Democratic, freelancers are ready to put people like David Plouffe and Chris Lehane — Democratic strategists turned gig corporation executives — on notice; 72 percent said they would cross party lines to vote for a candidate they felt represented their gig-worker interests.

Full-time and millennial freelancers are even more likely to be politically engaged at 60 percent and 65 percent respectively.

The digital platforms that have fueled the gig economy are also driving a powerful wave of worker mobilization. Groups like the Freelancers Union, National Domestic Workers’ Alliance, New York’s Independent Drivers’ Guild, and Coworker.org have launched gig-economy issues into the political spotlight by creating new spaces for workers to mobilize and connect. The result has been increased transparency in independent contract arrangements and new initiatives for legislative change.

These efforts have generated a wave of lawsuits against gig employers that have thrown a wrench into labor relations in the freelance world. California’s landmark Dynamex decision limiting employers’ ability to classify employees are pushing elected officials to bring labor legislation into alignment with the judicial landscape.

At the same time, moves by so-called tech “unicorns” like Lyft and Upwork to make their stocks public mean new scrutiny for previously private employment practices.

And while contract employees represent only about 15 percent of U.S. workers, freelance issues are at the forefront of a growing conversation about the future of work. More than that, research shows that freelance employee numbers are growing. The number of freelancers in the United States has grown to 56.7 million, with one in three Americans doing at least some contract work over the past five years. As a group, freelancers are also younger, more diverse, and better educated than the general population.

Gig workers tend to locate in urban areas too, making up a significantly larger portion of such locales, where concentrations of workers help drive cultural and political change. A recent report by The New School’s Center for New York City Affairs and UC Berkeley’s Center on Wage and Employment Dynamics found that, if Uber classified its drivers as employees, it would be the largest private-sector employer in New York City. In a 2018 survey of 6,800 executives worldwide, 40 percent of business leaders said they expected gig platforms to represent an increased share of their workforce over the next five years.

Politicians are responding to this new visibility by reexamining labor laws designed for traditional employees. Senator Bernie Sanders’ (I-VT) Workplace Democracy Act guaranteeing new protections for independent contractors and other workers is co-sponsored by an eager crowd of presidential hopefuls including Kamala Harris, Kirsten Gillibrand, and Cory Booker. While stalled in committee under the Republican congressional majority, it has put a host of issues on the table that don’t look to be going away any time soon.

In 2019, Senator Mark Warner (D- VA) has four new bills specifically focused on protections for gig workers, including a portable benefits package, a universal benefits system that workers can carry from employer to employer; tax credits for training and education; and provisions to make it easier for independent contractors to qualify for home mortgages. In the U.S. House, Representative Deborah Holmes-Norton (D-DC) has introduced a related bill protecting independent contractors from employer discrimination. 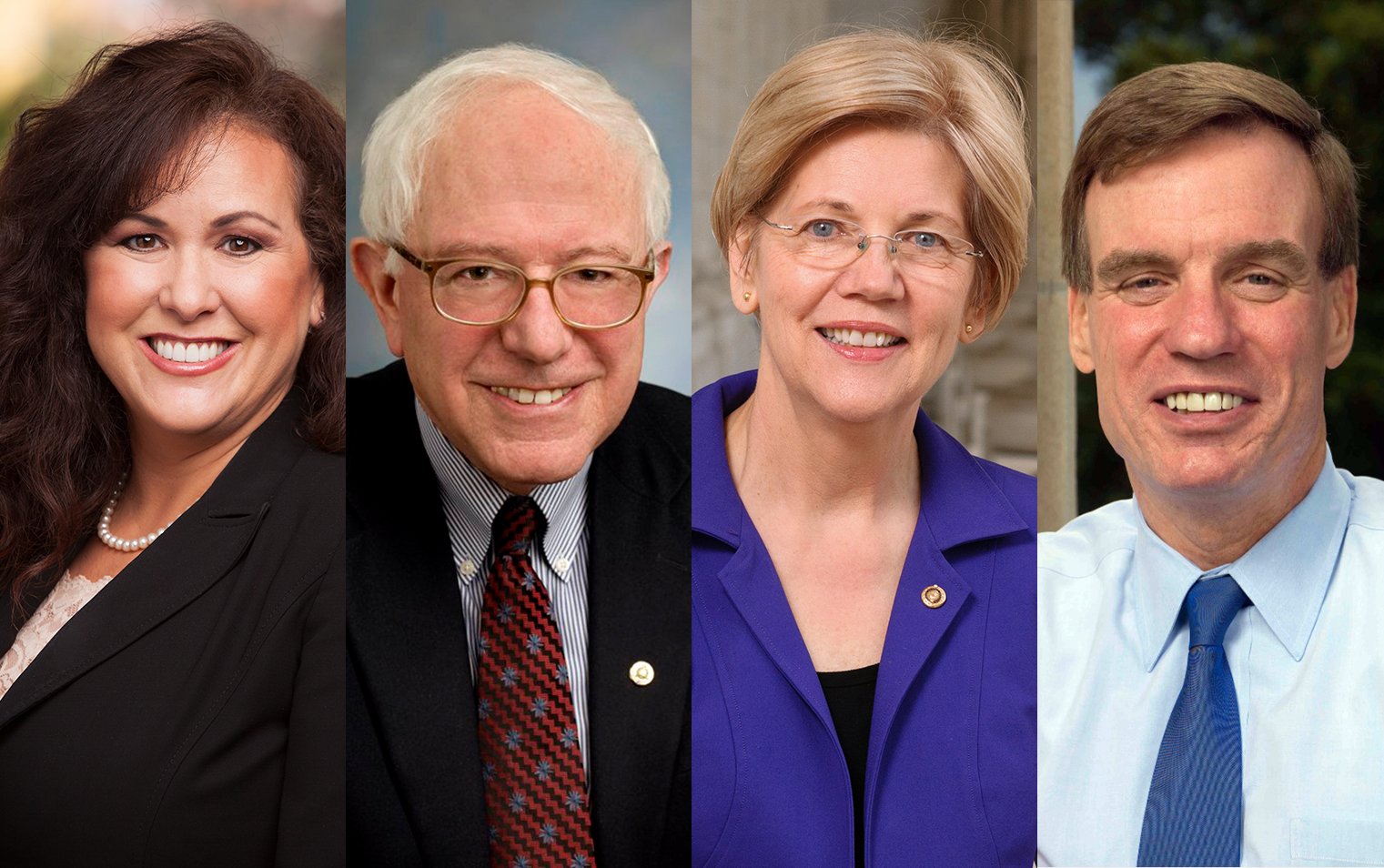 Many of these issues are simultaneously being addressed at the state level. In Washington state, Governor (and presidential contender) Jay Inslee (D) has signed new family and medical leave legislation with a landmark provision allowing self-employed workers to buy into the state system. The Washington state legislature is currently completing a study as part of its consideration of Representative Monica Stonier’s (D- 49th District) 2018 proposed portable benefits bill. Oregon is also considering similar measures, while in California, there’s widespread support for State Assemblywoman Lorena Gonzalez’s (D- San Diego) 2019 bill formally protecting workers from employment mis-categorization in the wake of the Dynamex decision.

Cities, the home of many gig workers, have also begun to respond to calls for new legislation. In 2016, the New York City Council unanimously passed the Freelance Isn’t Free Act. The first law of its kind in the country, it established a clear set of protections for the city’s contract workers, including the right to full and timely payment and a written contract, and in December 2018, the city passed the first minimum wage law for contract workers. In Seattle, the city council has initiated an investigation into contractor hiring practices by big local companies like Amazon.

But other cities have been less quick to act. Seen by many as ground zero of the gig economy, San Francisco lawmakers have shied away from regulating gig economy employers. Rather than political advocacy, the city has published a Freelancer Starter Kit with “tips and tricks” for workers navigating the gig economy.

One strategy for staying ahead of unwanted lawsuits is to have a hand in creating new employment laws. A recent study by the National Employment Law Project showed a concerted effort by large employers to influence new state and federal legislation. Gig companies like Uber, Handy, and Ikea-owned TaskRabbit have partnered with more traditional corporate entities like Amazon, Marriot, and tech lobby group TechNet (whose members include Facebook, Google, and Apple) to drive legislation supportive of their interests. A key player in this effort is the political consulting group Tusk Ventures, which has crafted state and federal “carve-out” legislation. Drafted by corporations and presented by allied lawmakers, these bills narrow the definition of who can be categorized as an employee and limit protections for contract workers in areas like paid sick time and family leave, minimum wage and overtime pay, health and safety, workers’ compensation, and anti-discrimination.

So far, employer-sponsored carve-out bills have passed in Arizona, Florida, Indiana, Iowa, Kentucky, Tennessee, and Utah, with similar bills under consideration in six other states. In Texas, the Texas Workforce Commission was poised to enact broad new employer powers when the Workers Defense Project revealed the new rule was drafted in collaboration with Tusk Ventures. At the federal level, Representative John Thune’s (R-SD) proposed New Economy Works to Guarantee Independence and Growth (NEW GIG) Act of 2017 was designed to head off federal legislation that might draw contract employees under the umbrella of existing protections for more traditional workers.

While these bills have primarily been supported by Republican legislators, gig companies have sought out votes among Democrats in states like California, Alabama, and New York by offering limited portable benefits to contract workers.

Some corporate entities, however, are showing a growing interest in negotiating a third way through partisan debates by supporting new standards that would level the playing field for freelance workers.

In 2015, Uber declined to sign a public letter calling for universal protections and opportunities for workers regardless of classification. In 2018, after three years of legal and political pressure, the gig economy behemoth worked with Washington state legislators to craft the bill supporting many of these principals. Even more surprising, Uber has partnered with the SEIU to write an open letter to business, labor, and government leaders calling for a universal portable benefits system to meet the needs of a changing labor market. When workers join forces to assert clearly defined policy goals in their interest, change is possible.
Trained as a human geographer, Greta Marchesi writes about politics, economics, and the environment. She lives in Vermont with her family.
Read more by Greta Marchesi