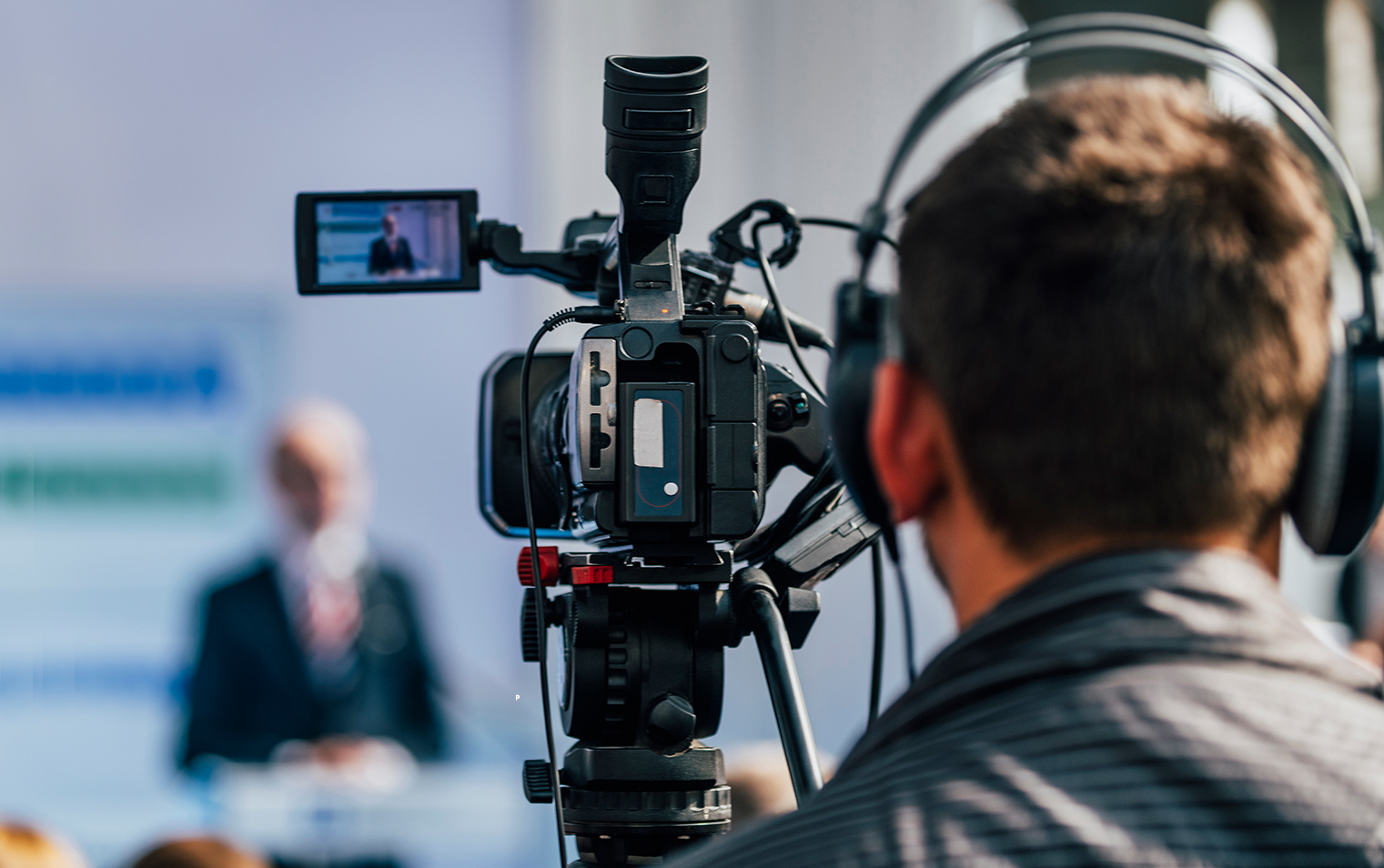 Rapid technological change has wrought a visual revolution that the news and media industries are still figuring out how to fit into their workflows. There’s high demand for video and images — YouTube counts more than 1 billion users or almost a third of the Internet — but supply is limited.

Plus, video is expensive to produce, which many have publications underestimated. That fact, when combined with the moves of online titans such as Facebook and Google that have cut into publications’ ad revenue, have destabilized media organizations. Foreign bureaus have been hit especially hard. Indeed, the number of foreign correspondents working for U.S. newspapers dropped from 307 in 2003 to 234 in 2011, according to the American Journalism Review.

Startups to the rescue

A number of fresh tech startups are determined to fill the market void and connect producers with commissioning editors around the world. Some focus on creating marketplaces for professional video producers, while others target ordinary people with smartphones and extraordinary footage to sell.

“A journalist with a smartphone can shoot a quick stand-up on location,” says Justin Varilek, founder and CEO of Hackpack, one of the many startups that have stepped into the video news marketplace. The company provides an online platform that connects journalists, editors, fixers, and experts. It’s a one-stop shop for commissioning editors to get the news they need quickly and on location.

“It's a newsroom in your back pocket.”

Varilek believes HackPack has developed a model with potential, citing the success of companies like NowThisNews in the United States and Current Time in Europe. Editors want international shoots, but they can’t afford to send reporters overseas. Instead, they’re opting to hire local freelancers. Companies like HackPack make it easier to find, vet, and pay freelancers around the world. “We expect this trend to grow,” says Varilek.

HackPack currently has a network of more than 12,000 journalists, photographers, and videographers who operate in 160 countries. The company estimates that it’s created about $250,000 in work for their contributors. “We began in 2014 to assist our friends — journalists and fixers — covering the Ukrainian conflict,” says Varilek. At the time, it was “very difficult to identify who was a quality professional and whether a client would pay with the added aspect of working in a war zone,” he continues.

Since then the company has expanded as a tool. Members can find grants and fellowships and collaborate with fellow journalists around the world. It’s also a marketplace to be hired and paid, as well as a talent management tool for publishers to share freelancers between departments. HackPack’s offerings appear to be in demand: The company grew by 21 percent in 2018 alone.

“We like to think that it's a newsroom in your back pocket,” said Varilek.

Of fiscal and physical protection

Storyhunter is another big player (and arguably the most established) in the video-marketplace arena. Founded in 2012, the company connects commissioning editors with talented producers who can take a piece from conception to completion. Like HackPack, the company provides a marketplace and freelancer-management platform powering original video and media production in 195 countries.

But Storyhunter, which is older than HackPack, has a bigger network, with more than 25,000 vetted freelancers worldwide. Digital media companies like Great Big Story (a CNN brand) and AJ+ (Al Jazeera) rely almost exclusively on it to source original video content from across the world. Producers who are part of the network have created thousands of video projects since 2014.

“In the early days, only a few companies worked with freelancers,” notes Jaron Gilinsky, co-founder of Storyhunter. “Now the market has expanded exponentially. Even brands are now hiring video journalists to produce editorial-style, branded documentaries.” The company estimates it’s paid out tens of millions of dollars to freelancers around the world.

Those kinds of figures have attracted investors. In 2017, Storyhunter received $1.3 million in a fundraising round, bringing the total amount of venture capital the company has raised to $4.2 million. Its business model is pretty straightforward: Storyhunter charges companies that use its platform a subscription or retainer to access its tools. It also levies service fees on a per-project basis.

“We eliminate the friction on both sides by creating a trust system built on first-hand reviews and verified work experience,” says Gilinsky. “Then we streamline all the paperwork that previously made working with multiple production companies or freelancers extremely difficult. With Storyhunter, both brands and freelancers can focus simply on telling great stories.”

The size of the Storyhunter network, along with the company’s well-stocked coffers, is impressive. But it’s not clear how much its management system benefits creators. Gilinsky believes that the best way to establish day rates for video is through the market: “If clients set a low price range, they will not attract quality talent.”

But in an interview with the Columbia Journalism Review in 2014, Alex Ragir, co-founder of Storyhunter, noted that industry-accepted day rates for video "range from $400 to $1,000, while fully produced videos between three and five minutes long generally command between $1,200 and $4,000."

A recent review of the opportunities currently on offer in the Storyhunter marketplace produced rates substantially lower. Some were impressive, offering producers the opportunity to work with recognizable editorial brands, like VICE, for substantial compensation. But there were also posts offering a mere $400 for a fully produced 2-minute video from Eastern Ukraine, a region that the U.S. State Department has designated a level-4 threat where American citizens should not travel.

Gilinksy notes that client day rates are location specific. “Rates that may not be so attractive to people living in expensive cities in the US/Europe may be very attractive to freelancers in Venezuela or India,” he says. “We are a global marketplace and would never want to limit those freelancers in developing countries who don’t have access to nearly as many high-paying opportunities. We do have floor pricing in every country and are constantly adjusting it based on market data and freelancer feedback.”

Like all businesses, these marketplaces are paying close attention to their bottom line. The startup economy is full of risks, and companies like Storyhunter and HackPack are not the first to try their luck. Contributoria, a collaborative, crowdfunded journalism marketplace, was launched in 2013 after the company’s prototype won an International Press Institute's News Innovation Contest. Two years later, the company had shuttered.

Startups are well aware of the risk of failure and keep close tabs on marketplace trends. Although HackPack markets itself as a European company, he stresses that Europe should not be seen as a single entity: “The U.S. market is very video-centric. Countries like Germany have consistently been text-centric.” This is partly due to the diversity of languages on the continent compared to English. Many content distributors have overcome this challenge by commissioning videos without narration. Of course, such videos require plenty of b-roll and images for text coverage — the kind of content that well-positioned freelancers can easily, and cost effectively, provide.

While startups help producers connect with often elusive commissioning editors in the global gig economy, they don't necessarily connect producers with one another. That’s where Video Consortium steps in. Sky Dylan-Robbins founded the organization in 2015 as a club for nonfiction video makers. Just like the marketplace startups, the club serves as a space to connect producers with colleagues, source potential jobs, get technical questions answered — professional development, in short.

“Within the past few years, it’s been really fascinating to see a significant amount of our members move from staff video-producer jobs to freelance. Per the chaos of the media these days, some didn’t willingly leave, of course,” says Dylan Robbins, “but instead of trying to go back to full-time, they chose to stay independent. And, simultaneously, still a lot of others have been just quitting, usually to pursue their own documentary projects and lead their own freelance life.”

An open door to non-professionals

Stringr, a company founded in 2013, is a “marketplace that allows media organizations (such as TV news stations) to buy video from both amateur and professional videographers,” according to its website. Stringr’s platform seems clearly targeted towards the amateur shooter. It features tutorials on how to take the best footage for film and television and emphasizes that footage should be shot horizontally, a tip no professional videographer would need.

Working with amateurs solves another challenge for newsmakers: licensing. While amateur artists often download and mix unlicensed footage, professional news, and content, distributors must first license footage. Documentary producers and journalists typically scour sites like YouTube in search of visual content they can repurpose in films and digital material.

But YouTube’s policy is clear: The owner of the video retains all the rights to the video. Fair use laws often don’t cover this content, so it’s up to producers to negotiate releases on a case-by-case basis. While a print article can simply quote text from another piece, the reuse of video remains constrained. Stringr allows those who hold the rights to their footage the ability to upload it directly to the Internet, signaling to producers that they’re ready to make a deal, thus streamlining the licensing process.

“Is the excitement and hype around being a ‘video creator’ extremely high? I’d say absolutely.”

The demand for video is robust, and at least for now, there seems to be ample room for marketplaces that target professional and amateur video producers. “Nonfiction-wise, on one side of the line are the YouTube stars and viral iPhone videos, and then, on the other side, there are well-produced, reported pieces,” says Dylan-Robbins. “Still a very different thing. But, are there more video producers than there ever have been, and is the excitement and hype around being a ‘video creator’ extremely high? I’d say absolutely.”

Going beyond the news

News organizations aren’t the only companies eager to feed public demand for online video. Marketers are also directing their budgets into web video at the expense of more traditional television advertising, hoping to win with social media campaigns.

Take, for example, the now infamous Volvo truck video. Instead of the traditional approach to commercial advertising, the company decided to contract Forsman & Bodenfors, a Swedish company, to design a video for YouTube. It quickly garnered 90 million views and put Jean Claude Van Damme and his infamous splits back on the map.

“TV would have been too expensive to create a campaign with this wide a reach,” Björn Engström, the creator of the ad, told Fast Company in 2014. “Social media and viral, however, gave us the opportunity to reach a wider audience in a new way.”

But advertisers and media conglomerates aren’t the only users of marketplaces like HackPack and Storyhunter. Nonprofits are also using the companies’ platforms. Storyhunter, for example, counts the Bill and Melinda Gates Foundation among clients who regularly commission material from its marketplace. These kind of opportunities benefit video producers because they can provide budgets that are often much higher than editorial organizations.

The rise of video offers exciting new opportunities for startup marketplaces. There are great risks but also great rewards not only for the company founders, but for the general public. “For media startups which are resolving these issues to bring some form of stability to the journalism industry, the task itself is the most exciting aspect,” says Varilek. “Each startup is trying to solve some piece of the greater puzzle, which, hopefully, will lead to more stable journalism. The end result will likely be far different from what we considered journalism in 2000, but the soul and ultimate product — good information to help the public understand the world around them — will be the same.”