Screenwriter Matt Kazman on the Challenges and Rewards of Pre-Production 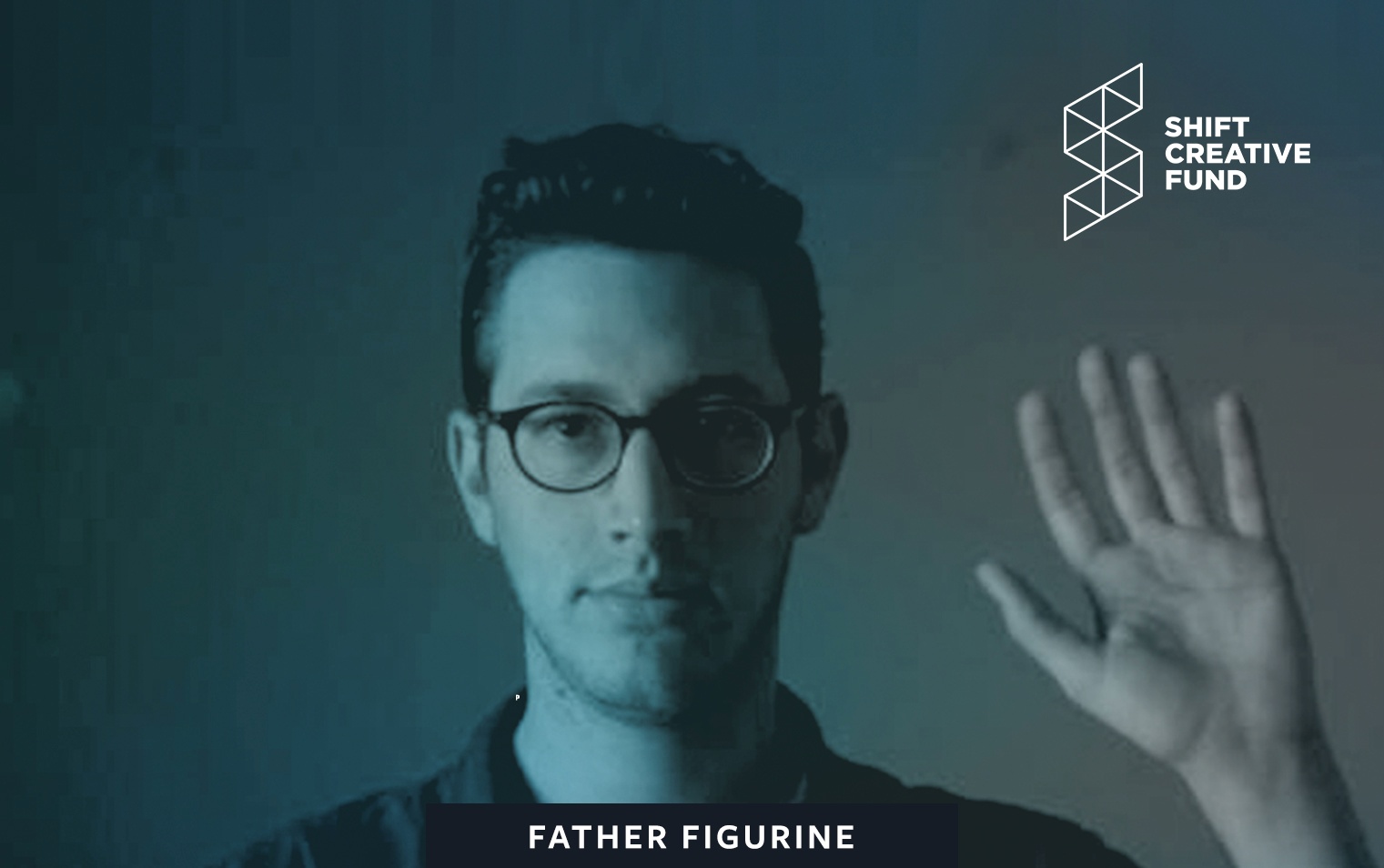 When we launched the Shift Creative Fund, we didn’t know what would come through the transom, like a film featuring a stuffed corpse. Which is what we got with Matt Kazman’s Father Figurine. The odd, hilarious, and touching script drew the judges in, and now here we are, reading about the making of the film, one of three selected among hundreds of applicants.

Screenwriter Matt Kazman sent us a dispatch on the pre-production process, and we’re sharing it here to give aspiring filmmakers a sense of what’s involved in moving from concept to screen. Matt provides wise insight that all moviemakers — all creators, really — would be smart to heed. See what we mean below.

Being in pre-production is a reminder of all the things I love and don’t love about filmmaking. I love having creative conversations with everyone about how to bring this crazy idea to life, because they bring their own ideas, and a lot of them are really great, and suddenly, this vision you had develops into something much more cohesive, detailed, funny, and resonant.

I might be reaching with that last one, but the point is: A movie becomes much better when you start working with others than it ever was when you were, like, writing alone in your “home office” (read:  a desk in your living room). Collaboration is something I really love, but . . . I don’t love dealing with logistics, and pre-production involves a lot of dealing with logistics.

Let me take a step back. I feel incredibly lucky to have gotten a Shift Creative Fund grant. Having the opportunity to make any creative project is a privilege, and getting the resources to do it right is rare. My short film Father Figurine is about a wealthy family forced to lived with the stuffed corpse of their absent father. It takes place at an extravagant mansion. They all wear fancy clothes. One of them rides around on a hover board. And yes, there’s a stuffed corpse.

There are a lot of expensive details, and I never would have been able to make it if I hadn’t gotten the grant. But not every short takes place at a mansion with a stuffed corpse. Some shorts involve tons of VFX or animation. Some involve long, complicated steadicam shots. Some involve just one shot. A lot of really good ones are just one scene. And a lot don’t cost $30,000. But regardless of budget or scope, pre-production is always an exciting and stressful process where you learn a million things (same with production), and prepping the shoot brought up some interesting thoughts.

Working with friends is way more fun. But you need to thank them profusely.

My producer on Father Figurine is Ben Altarescu, who I’ve known for more than ten years, but we became close about four years ago when I asked him if he would produce my short film “Killer.” I don’t know why he said yes, but we spent the next few months prepping and shooting and even more months finishing post. He did all of this for free, and he’s doing it again for this short. Same thing with my cinematographer, Ryan Nethery. That is objectively crazy-town.

Sometimes I don’t know why these people are so generous, but I know that over the course of becoming friends and working with them the past few years, there’s been the feeling of a collective forming, and I know that whenever they have something that they want to make, I’m going to be there for them. And I think that feeling of building a team is really important. Directing is a really selfish thing to do. You’re basically asking other people to make your dreams come true, and even if they’re your friends (or especially if they’re your friends), you need to appreciate everything they’re doing, because you can’t do this alone. It’s way more fun to do it with friends, anyway.

Expanding your creative circle is tough, but it’s necessary and, ultimately, rewarding.

Bringing new people on board a creative project is tough, especially on a short, because you’re asking a lot of people on a small budget. Also, you’re literally emailing strangers. This creates a feeling of desperation that may or may not emanate from your emails. There’s just no way around that feeling, no matter how many times you use the words “passion project.”

This time around, I’ve tried to lean into transparency as much as possible when it comes to talking about what the project involves, and I’ve learned to be more patient when it comes to finding the right person. You just need to trust that you’ve done this before, and if you keep looking, you’ll find your people. As of now, we’ve got an incredible group on board, and the ones that I’ve never worked with are bringing a whole new wave of energy that’s really exciting.

Prepping a shoot remotely has its pros and cons.

We’re shooting this short in the New York area, but I currently live in Los Angeles, so aside from a location scout, I’ve been doing pre-production on the opposite coast. This is the first time I’ve ever done that for a project of this sort, and it definitely has its pros and cons.

The pros are that it’s made me really think about why I wanted to shoot in New York — a combination of creative reasons, as well as the resources we have out there. And thankfully, with this grant, the travel aspect becomes less of an issue.

Also, prepping remotely doesn’t change the work itself that much. There are just more phone calls than in-person meetings, which is actually easier because those are easier to schedule. However, it’s made me feel slightly disconnected from the pre-production process as a whole. I know that might sound nice in theory, but I think it’s way better to be physically there for as much pre-production as possible.

Making a movie is all-consuming, but when you’re not physically there for a major part of it, it doesn’t feel totally real. In a way, I feel like I’m missing out. But, in a few days, I’ll be flying to New York to dive into the final days of pre-production before the shoot, and I’m really looking forward to it.

You have nothing to lose by reaching out to people you think are out of your league.

Between all the projects I’ve worked on, I’ve probably gotten a million rejections — from actors, department heads, locations, film festivals, you name it. Rejection is an unavoidable part of the process, and in a way it’s freeing, because it teaches you that the worst thing that can happen when you reach out to someone is that they’ll say no.

On this project alone, we’ve already gotten plenty of those, but we got one very important yes. As soon as we knew we were making this, we had a specific actress in mind for the lead role, someone who we thought was incredibly talented and would bring a lot to the role, and someone we thought would probably say no.

But we decided to ask (with the help of our casting director, Karlee Fomalont), and to our total and utter surprise, she was interested and is on board! If there’s another nice thing about rejection, it’s that once you get used to it, it makes the moments when people say “yes” that much better.

Remember to have fun.

Admittedly, this is something that I have trouble doing. Sometimes I alternate between thinking that this is the most important thing in the world and telling myself, “It’s just a dumb short.” But I’m still able to remember that this is a creative project, that I’ve been given the opportunity to make something cool with my friends, and that everyone on board is working really hard to make sure that it’s good. I also think that a lot of the stress that comes with pre-production is theoretical, because once you’re actually shooting, everything changes. But I’ll get into that next time.

Oh, also . . . making a stuffed corpse is a fascinating process. I’ll get into that next time, too.
Matt Kazman has directed numerous digital series, including “Love’s a Bitch” for Bedrocket Media, which was based off an independent television pilot he created, and “Alive in Denver” for Fullscreen, which screened at the 2018 SeriesFest and the New York Television Festival, as well as episodes of “Middle of the Night Show” for MTV and numerous branded and commercial works. His biggest creative joy arises from making short films, which have been his most well-received. Kazman's film Killer premiered at the 2016 Sundance Film festival while winning awards at the Seattle International Film Festival and IFFBoston, among others. He is a recipient of the 2018 Shift Creative Fund.
Read more by Matt Kazman