Psst, Marketers! Video Production Doesn’t Have to Be Expensive 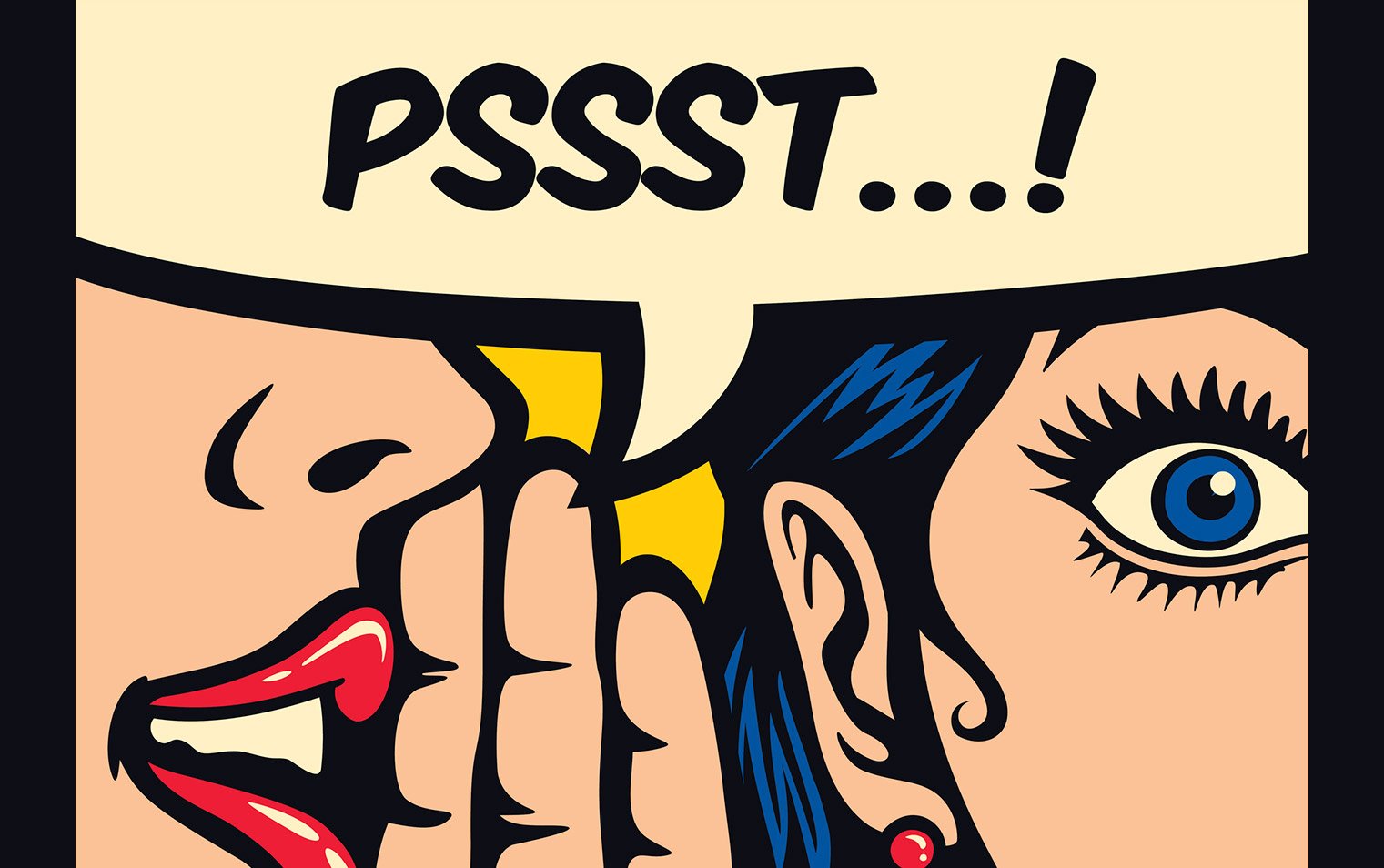 Make ‘em laugh. Make ‘em think. Make ‘em proud. Which ever way they craft their appeals, content marketers are honing their focus on measuring what works and going all-in on offbeat strategies as they build community for brands via social video.

At a recent Digiday content marketing conference, in-house and external content producers discussed these trends in their attempts to draw viewers to their clients’ brands via video and convert them into customers or ensure they become repeat customers.

At a time when content marketing metrics and the insights gleaned from various data points around engagement with video content are pillars of many brand strategies, panelists made somewhat surprising admissions: The most effective video content isn’t necessarily the most expensively produced work, and there isn’t a magic formula that leads from content production to customer conversion. But there is a continuing trend in deploying video for even greater customer engagement.

“More brands are concentrating on building trust through content than ever before,” said Matt Petersen, senior vice president of The Foundry and Strategic Content at media group Meredith, where he oversees the custom and branded content businesses. “But it’s based on customer needs, not the products and services they’re selling.”

“More brands are concentrating on building trust through content than ever before.”

What’s that mean for content production? Abandoning the impulse to push products in viewers’ faces, certainly, and more creativity — even whimsy — in video content but not necessarily investing more money or time on spiffy productions.

Miaken Christensen, an in-house producer at Purple, the mattress maker competing with roughly 225 other “bed-in-a-box” companies, said engagement with its videos was effective when the content didn’t fixate on sales or purchasing.

“We decided to lean into humor,” she told the Digiday audience of about 450. “In an industry that’s meant to put you to sleep, we wanted to do something different.”

It seems to be working. Purple had sales of $300 million in 2018, three years after its founding.

Christensen says the three- to five-minute long-form videos the company produced in-house in the past have given way to quicker pieces developed with a wide range of production costs. Purple’s big budget, ninety-second “Neighbors” spot, in which a woman’s newly delivered Purple mattress sparks a riot among neighbors eager to try it, was outperformed by a Star Wars-themed spot in which a schlubby guy wearing a Star Wars T-shirt pats his strangely top-sheet-free mattress while telling it “I love you.” The promo ran on May 4th to capitalize on the widely popular play on the franchise’s “May the force be with you” and drove measurable revenue.

“The key metric we used was return on ad spend. For every dollar spent, how much did we make back?” says Alysse Gammon, Purple’s marketing director. “I definitely look at other metrics, but all are secondary to this. We all love producing fun and engaging content, but if you do that and drive sales, then you can reach more people with that great content because it is profitable to do so.”

Not bad for a spot made in two days, shot on Purple’s decidedly modest in-house set with props scrounged from the warehouse, and starring a Purple art designer who volunteered to be in the shoot. (Apologies for the “schlubby” description, friend.)

Go small and save $$

“You don’t always have to go big. It cost us zero dollars,” Christensen said. While she didn’t provide specifics, by shooting in-house and recruiting staff instead of actors, Purple surely cut costs.

Tiffany Baehman, chief marketing officer and vice president of Cricket Communications, an AT&T  subsidiary, said targeting an audience can also drive results, as long as the targeting is accurate. In this case, Cricket had data to back it up: Its “Estamos Ogullosos” video, made for Hispanic Heritage Month last year, could speak to Cricket’s Latino customers, who make up 30 percent of the company’s customers overall. Baehman said it outperformed the internal content marketing team’s other videos by 10 percent.

“It creates a relationship,” she said. “I tend to find better results from what we do when we focus specifically on the audience.”

Kevin Simonson, CEO of Metric Digital, a New York-based performance marketing agency, said video is now so deeply ingrained into most brands’ content marketing strategies that production costs are generally decreasing, though the tussle between bottom-line effectiveness and brand identity often keeps the final price tag in play as content marketers focus on engagement while also trying to keep a strong, but sometime more expensive, visual identity in place.

“Full [video] production can be really expensive, or it can be really cheap,” he says. “If I concentrate just on what I need to convert people, the cost is going to be much less. That’s often when the brand pushes back.”

That stark, bottom-line approach only addresses customer engagement and may fly in the face of a brand’s established look and feel, which may mean reshooting for higher production values, contracting more expensive outside production help, or persuading a brand of the merits of a lower-cost aesthetic.

“If it’s user-generated content, it’s okay if it doesn’t look more highly produced,” said Simonson. “’Good,’ to me, is if it works” and converts viewers to customers, even if the client would prefer a slicker aesthetic.

He also noted that production volumes keep growing, so much so that Metric Digital plans to open a Los Angeles office that’ll focus on producing video content in-house.

Wild and wacky from the outside

Still, there are times when marketers need to go beyond their own walls. In the case of Purple, they’re pleased with the offbeat, oddly hilarious results of their external partner Creative Shop. It’s not easy to describe the “Purple Boys” campaign, which stars comedians Tim Heidecker and Eric Wareheim, creators of Adult Swim Network’s Tim and Eric Awesome Show, Great Job! The campaign’s garish graphics, terrible hairstyles, highly questionable fashion choices, and strange intonations explain how Purple will banish “the Sunday Scaries,” the pre-Monday-at-the-office fears that keep people awake (and watching such videos), and ensure a fine night’s sleep.

Christiansen and Gammon said the distinctive, even peculiar aesthetic was a risk, but it paid off at a remarkably cost-effective ratio.

“People that have trouble sleeping stay up with their phones on social media,” Gammon said. “What was important for this campaign to be successful was Purple signing up to give huge amounts of creative freedom to Tim and Eric, which could have been kind of scary, given how wild they could be.”

But the comedians’ creativity, when packaged in customized video segments, yielded more than 1,500 pieces of content, Gammon said. Purple was able to assess the lowest performing content, end their use, and then evaluate the engagement and effectiveness of the best segments.

“I would not have believed this if I hadn’t been there to witness it,” she said.

While the bottom-line results of more engagement and continually rising sales were the campaign’s ultimate objectives, Christiansen and Gammon also felt real creative satisfaction, particularly when looking at social media, where these videos have made their mark. Gammon flashed a slide of her favorite tweet from freelance journalist Daniel Bates: “If this was an ad, it was by far the best humans have ever produced.” And YouTube user scoof commented on the Purple videos: “You know its a good ad when you search for it on youtube after you just watched it.”

Purple was recognized for its effective monetization at Facebook’s 2018 Disruptors Summit and won the 2016 Utah Marketing Award for its digital and social media campaigns.