Will the nation's bustling production industry slow to a crawl with Brexit? 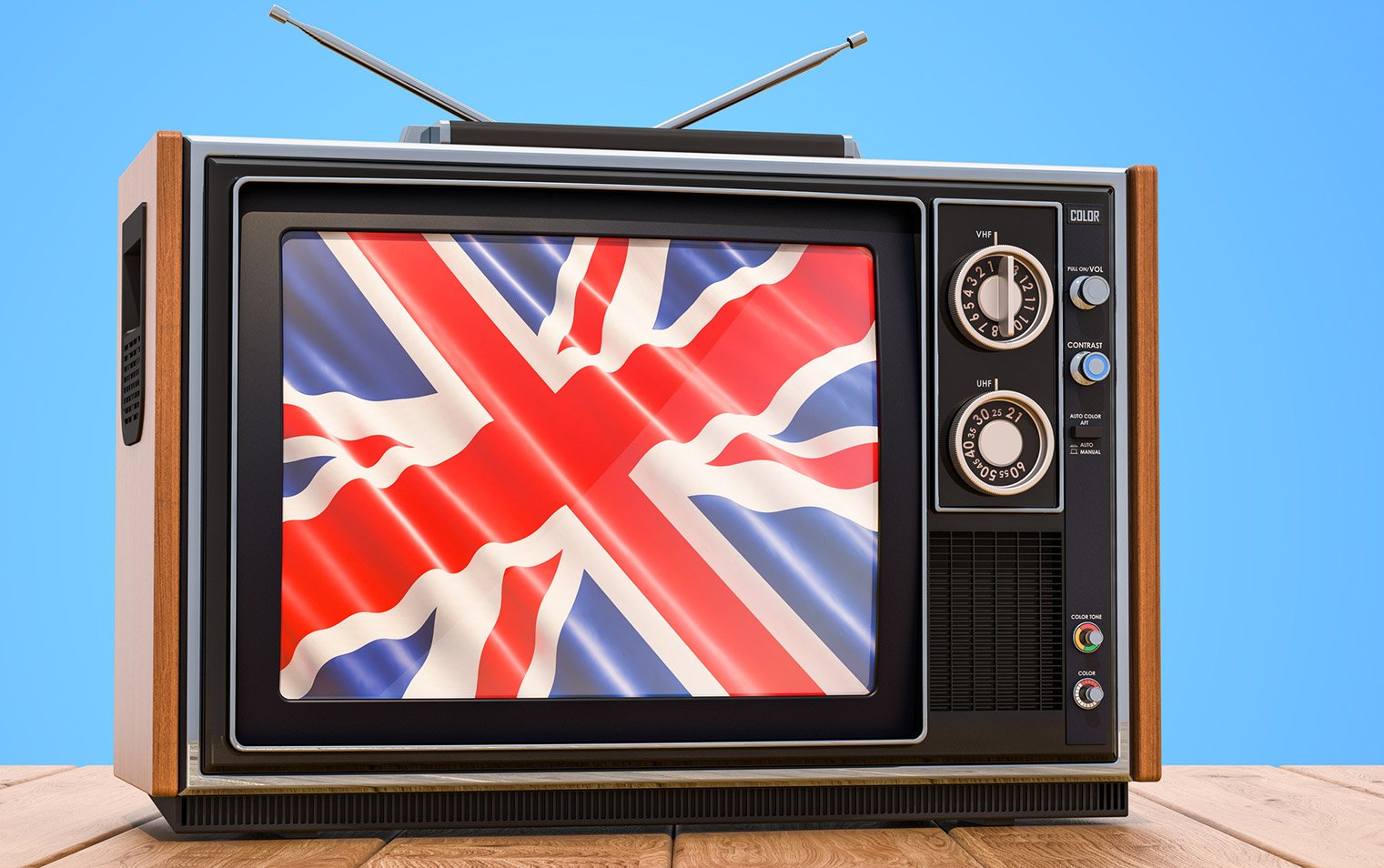 For everyone working in production, the longest trailer started rolling on June 23, 2016, when voters in the United Kingdom passed the Brexit referendum to leave the European Union. Three years later, it’s still unclear what the impact of the UK’s departure from the EU will have on the film and television production business — valued at £3.1 billion (US$4 billion) — when the feature-length project of political and economic divorce goes into wide release.

The lack of detail — and constant threats to real legislative progress, like the multiple delays that have now pushed the formal deadline for Brexit back to October 31 — is familiar to industry leaders now well attuned to the threats facing one of the UK’s most cross-border industries. They identified those hazards almost as soon as the “leave” option won a surprising 52 percent of the vote, triggering a tormented political process that remains unresolved and maddeningly vague.

Dance until the music stops playing

Despite this uncertainty, there’s something of a production boom in the region — at least for the moment. Statistics from 2018 show a 10 percent increase in film investment and an 18 percent increase in high-end TV (mostly from Netflix, Amazon and other streaming services in 2018), according to the British Film Institute.

Matt Born, managing director at DVTalent in London, which trains production staff and contracts for crews and production equipment, says things have never been busier. While Brexit has undoubtedly slowed other parts of the U.K. economy, Born says, “If anything, it’s something of a boom time here, thanks to the arrival of the big tech players — Netflix, Amazon, YouTube, Vice — whose budgets dwarf the domestic networks.”

The value of the pound to the dollar, a historically low rate of about  £1-to-$1.30 as of April 2019, and the many tax breaks available in the UK are factors, says Neil Hatton, chief executive of the UK Screen Alliance, who pointed out that a pound was worth about $1.50 before the Brexit vote.

Crew members who could expect about thirty weeks of work annually in 2014 are now booked up for fifty.

Born sees a massive upswing in commissioning, especially high-end drama from streaming services that are producing their own content and documentaries, genres with potential appeal to a global audience. The fact that the UK is a world leader in production has meant it’s been able to capitalize on the opportunities created by all these new market players. He says that, rather than production companies fleeing the UK, there’s been “something of a gold rush” as new ones set up shop.

The short-term result is a huge amount of work, especially in scripted. Crew members who could expect about thirty weeks of work annually in 2014 are now booked up for fifty, he says.

“If anything, companies are really struggling to find enough production talent, and it’s become more crucial than ever for them to manage their recruitment intelligently,” says Born.

“Nobody knows anything” — William Goldman (and everyone else)

While the UK remains firmly positioned as a global center of world-class talent, a leader in VFX and production services, and a desirable location for both filming and tax benefits for financing, the lingering uncertainty is unwelcome. Questions about the mobility of labor and goods remain unanswered, and planning for a post-Brexit environment is still almost impossible.

Tony Lennon, freelance and research officer for BECTU, the UK’s media and entertainment trade union, says the major issues for its approximately 40,000 members are the potentially detrimental effects on the free movement of production professionals, free movement of goods, and impact on European co-funding of independent productions in the UK. But identifying flashpoints is still something of an empty exercise amid the political wrangling and apparent absence of detail in how the UK will actually leave the EU.

“The key thing to understand is that nearly three years after this [vote], we know almost no more than we did when it passed,” he says.

One London-based documentary filmmaker, who asked not to be named because of the uncertainty around the final shape of work rules and their possible effect on his business, says the absence of a plan is frustrating, because “until anything is finalized, freelancers won’t know where they stand. It’s hard to say if it will discourage foreign productions from coming to this country, where domestic freelancers — either British or those from another European country who reside in the UK — can capitalize on the work coming in.”

That’s long been a reason for the robust status of the UK’s media and entertainment industry, wrote producer Stephen Follows in 2017. “The freedom to be able to hire EU nationals on the same basis as U.K. workers has been very advantageous to productions shooting and completing in the UK,” he said in a blog post, adding that the absence of a final Brexit agreement means he has little to add from his initial concerns.

While it’s still too early to suggest a total upending of the UK’s prominence, Tonya Walker, junior production manager at Shine TV, a leading production house with shows that include the Master Chef and Island With Bear Grylls series of reality TV shows, sees signs of a possible shift.

“I feel like I've seen less productions advertising jobs for shows shooting in Europe and more shooting internationally instead over the past few months, though this might change once the year picks up, and summer kicks in,” she says. “I don’t think anything good is going to come from Brexit for UK TV, as a lot of productions will just hire freelancers locally for international productions, and generally there will be less work and more competition for jobs.”

The law and mobility

That’s one of Lennon’s greatest worries. About half of BECTU’s members are freelancers, and several thousand are EU nationals. In a post-Brexit work environment, everything from traveling easily between countries to legal protections comes under threat. Currently, production professionals from the UK and the European Economic Area (which includes the twenty-seven EU countries, plus Iceland, Liechtenstein, and Norway), “just show a passport and walk through” to any job they can get, says Lennon.

Others outside of the EU have a much different experience. Americans looking to work in productions in the UK, for example, must meet its rigorous points-based system, which takes specific skills into account, as well as how much they will earn there.

“After 2020 or if we crash out without a deal in October, we will have a problem with incoming and outgoing labor,” he says. “People will have to apply, and now you are talking about twenty-seven different [work permit] systems. That may keep skilled EU citizens from working in the UK.”

He’s hopeful that a new system will work smoothly, as it usually does for above-the-line crew, but the ambiguity is still a serious concern. 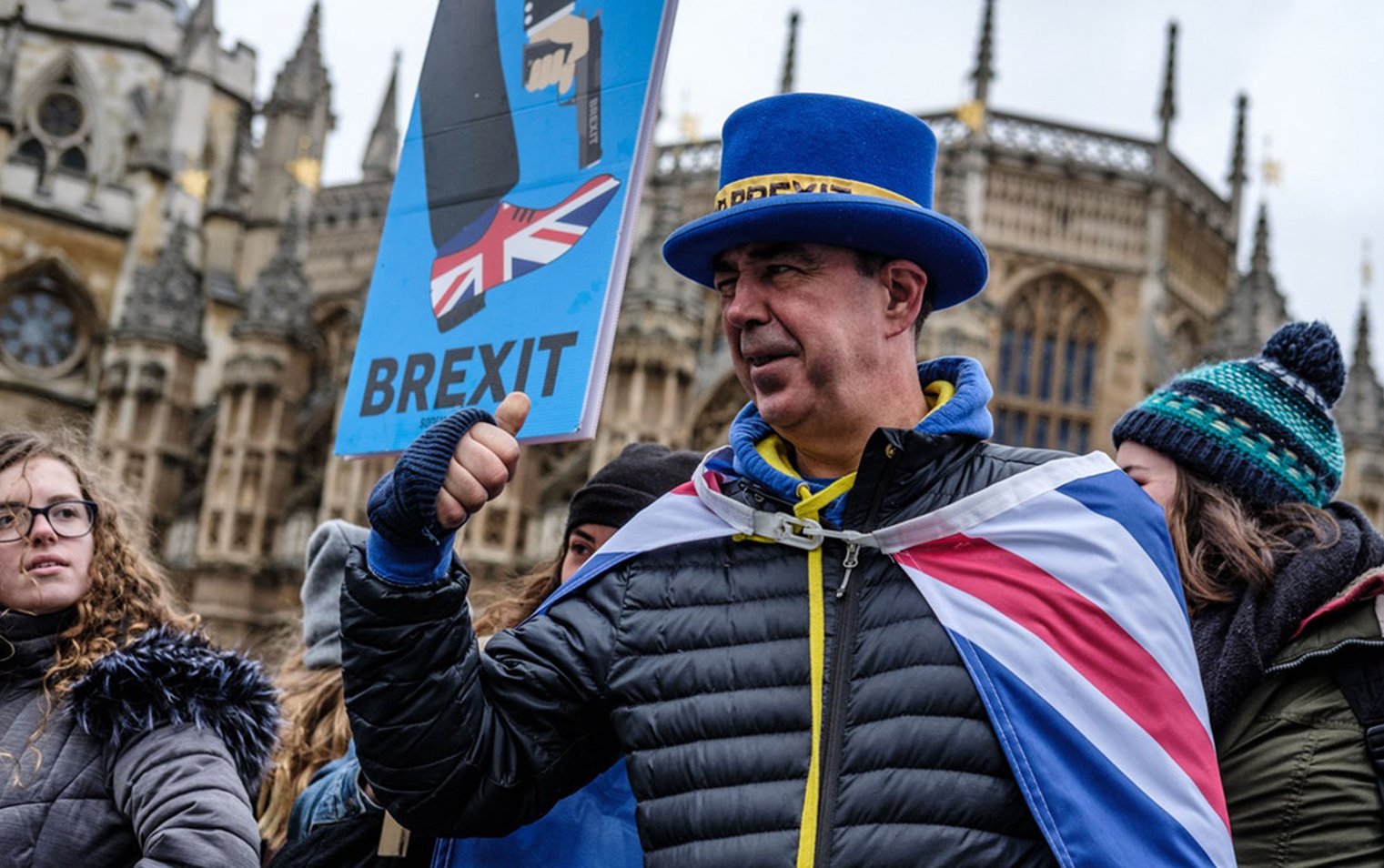 So too, he adds, is the movement of goods: Filling out paperwork for vehicles and specialized equipment to cross every European border will doubtless add time and expense. The details of everything from permits for different types of vehicles to the three types of driving licenses needed for non-EU drivers on the continent are endlessly dull particulars that must be addressed. They remain critically unresolved, however.

“What this could add up to for a major U.S. producer is that they’ll start thinking, ‘Well, the UK is a good place to make a movie, but what if we want to send a second unit to Paris?’” Lennon says. It’s possible they could decide the whole process is too costly and complicated, he says.

There are a few differences for the television industry, since the BBC receives state support through the mandatory licensing fees paid by U.K. residents, but post-Brexit threats are similar for television.

“The BBC spending has meant that much of the industry has been protected,” notes Born.

The stakes are high. Figures from European Audiovisual Laboratory, a European Commission Group based in France, laid out the UK’s market prominence in a recent report:

Wait for the credits to roll

But without new laws to spell out how all of this works post-Brexit (if, indeed, Brexit occurs), the absence of long-term clarity is a concern, despite the current upsides.

“We haven’t yet seen how Brexit — if it happens — will impact on things like work visas and what exemptions might be negotiated,” says Born. “Free movement of people within the EU has meant that there are a lot of skilled European filmmakers based here and working as vital parts of the production community. Although most will likely be able to remain post-Brexit, whether they will feel the UK is as hospitable and welcoming a place to live and work is open to be seen.”

“We’re very concerned that the limited rights that came from Europe could be eroded.”

Lennon hopes the ranks of civil servants charged with getting Brexit’s details right can come up with something like a three-month work visa for the industry, long enough to let work go on as usual but with still enough time built in to adjust to a non-EU United Kingdom. He and other industry leaders are seeking a similar provision for the free movement of goods related to production.

More importantly, he hopes the UK’s withdrawal from Europe won’t erode the labor protections his members rely on now. The European Parliament recently passed a law conferring added protections for gig economy workers, covering payment for canceled jobs and training, as well as banning contractual language that prevents freelancers from working for other companies.

“We’re focused on the protection of the rights of EU citizens in the industry who are here already, but we’re also aware that, for our members who are freelance and do have some workers’ rights, that all of those rights came from Europe,” he says. “We’re very concerned that the limited rights that came from Europe could be eroded” if and when Brexit finally transpires.

The end could be grindingly dull, confusingly awkward, chaotically inept, or it may never arrive. Keep watching; the trailer’s still rolling.
Will Swarts is a veteran business journalist who's written about everything from Martha Stewart's trial to the arrival of yak burger restaurants in Lhasa, Tibet. He lives in Brooklyn with his family.
Read more by Will Swarts