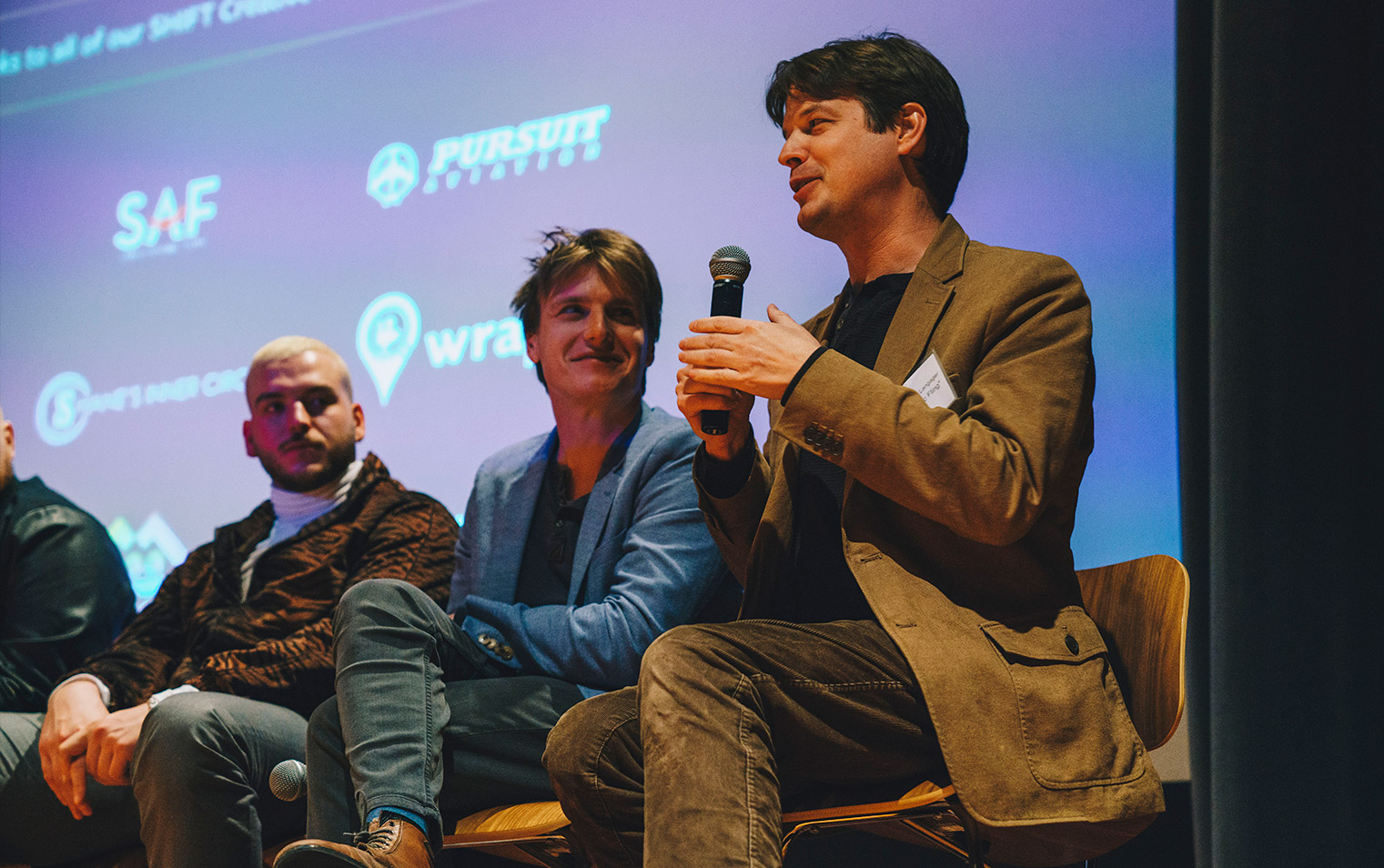 Producers Brendan and Garrett Christian Hall look on at director Jonathan Langager during the Shift Showcase.

As the inaugural year of the Shift Creative Fund drew to a close, we celebrated the first cohort at a showcase earlier this year. The four filmmakers who received grants (and the crews who produced their works — filmmaking, after all, is deeply collaborative) generously joined us on stage to reflect on their films and the lessons they walked away with at the end of the productions. It was an eye-opening conversation worth sharing with other creators; let’s find out what they had to say.

On working with children on set

Matt Kazman, director of Father Figurine, has already shared his thoughts on the intricacies of pre-production, but when it comes to working with child actors, which can be frustrating for a lot of filmmakers, his experience turned out to be quite smooth, because of the role’s breadth. (And, more generally, luck in casting.)

Kazman admits “it was very easy. I've had experience directing kids in some other films that I've made, and those films were more naturalistic, like I was trying to cast kids just being themselves. This one was different because I was casting such performative roles, like very stilted and specific. I kinda lucked out. [Ryan Foust, who plays the son in the film,] has such an interesting look, so I just got lucky with that.” 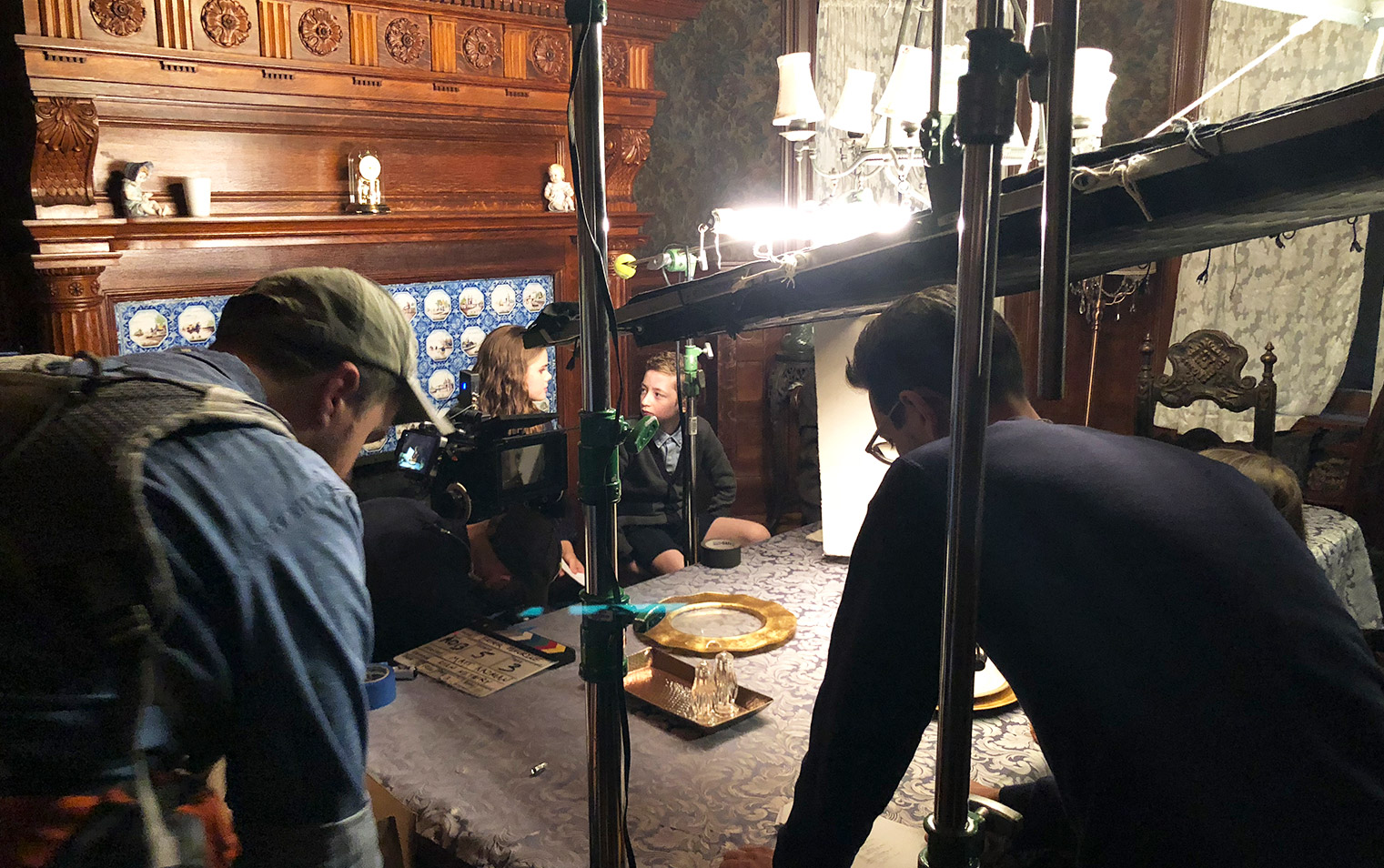 Unfortunately, Kazman’s luck with his child talent didn’t extend to other production logistics. He explains how a slip-up on the first morning had them scrambling for the rest of the shoot. “It was just a three-day shoot,” he says. “We were filming in this mansion an hour outside of New York. We were all really excited, and call time on the first day was 5 a.m. to meet in Brooklyn to drive an hour for a 6 a.m. call to shoot the first scene of the movie, 'cause I really wanted it in early morning light. We showed up, and Ben opened up the equipment truck to find it was completely empty.”

Producer Ben Alterescu elaborates on the horror of staring at an empty production vehicle: “I opened it up, and I said, ‘The equipment truck is empty,’ and everyone laughed. I walked around to the side of the truck, and I said, ‘This isn't our truck.’ Our truck was back in Brooklyn. Josh and the PA that had driven it there drove back to Brooklyn, and then we ran out of gas so had to wait another 45 minutes. We basically started our first day three hours behind.”

But that didn’t deter Kazan and team. He recalls, “I remember they told me probably a few minutes after they realized that nothing was stolen — they were just given the wrong truck. Thankfully, it wasn't the worst thing because it was just the camera equipment and all the art stuff and wardrobes. We were, like, ‘Let's just go into the house and start working on all the interiors.’ It was a big deal because we started our first day behind, and we only had three days. From that point on, we were playing catch up the whole shoot.”

On acting in a screenplay you wrote

Diana Irvine and Bianca Rusu wrote and star in Pioneers, an all-female production directed by Similar But Different, the New York-based director duo of Charlotte Fassler and Dani Girdwood. Irvine and Rusu found benefits and limitations in wearing the hat of both writer and leading actress in a film directed by others.

Irvine explains, “There were moments where you're on set, and you're, like, ‘We can't get this.’ Or, ‘This isn't reading right.’ We didn't have any writers to consult, [so] we could quickly just put on a hat and say, ‘What was our intention with this?’ and then make an informed decision. It was really liberating, right? Challenging but —"

Bianca Rusu jumps in, saying, “I think we also just trusted our team. We trusted our directors, and after adjusting the script several times and doing different drafts, we realized that when we were on set — or even prior to, about two weeks beforehand — we told our producers and our directors, ‘Thank you so much for your collaboration, but now it is time for us to switch gears and put our actor hats on.’ We needed time to prepare. We needed time to get into these characters physically and emotionally, et cetera. So, at that point, we sort of left the script behind and trusted our team and switched hats and became actors.”

Paige Klone, actor and producer of Bad Assistant, used to be a personal assistant, which was the inspiration for her film, which she wrote with Rachel Forman. But when she got on set with the director, they shifted gears and abandoned much of the script for a more improvised style.

“The whole thing was completely improvised, so that's one way to manage it,” she explained. “We had a script but then when [co-star] Jason [Schwartzman] and I got on set, it just kind of went haywire because we already had a relationship because I was his assistant for two years. It was just kind of, like, ‘Oh, we know how this goes.’” 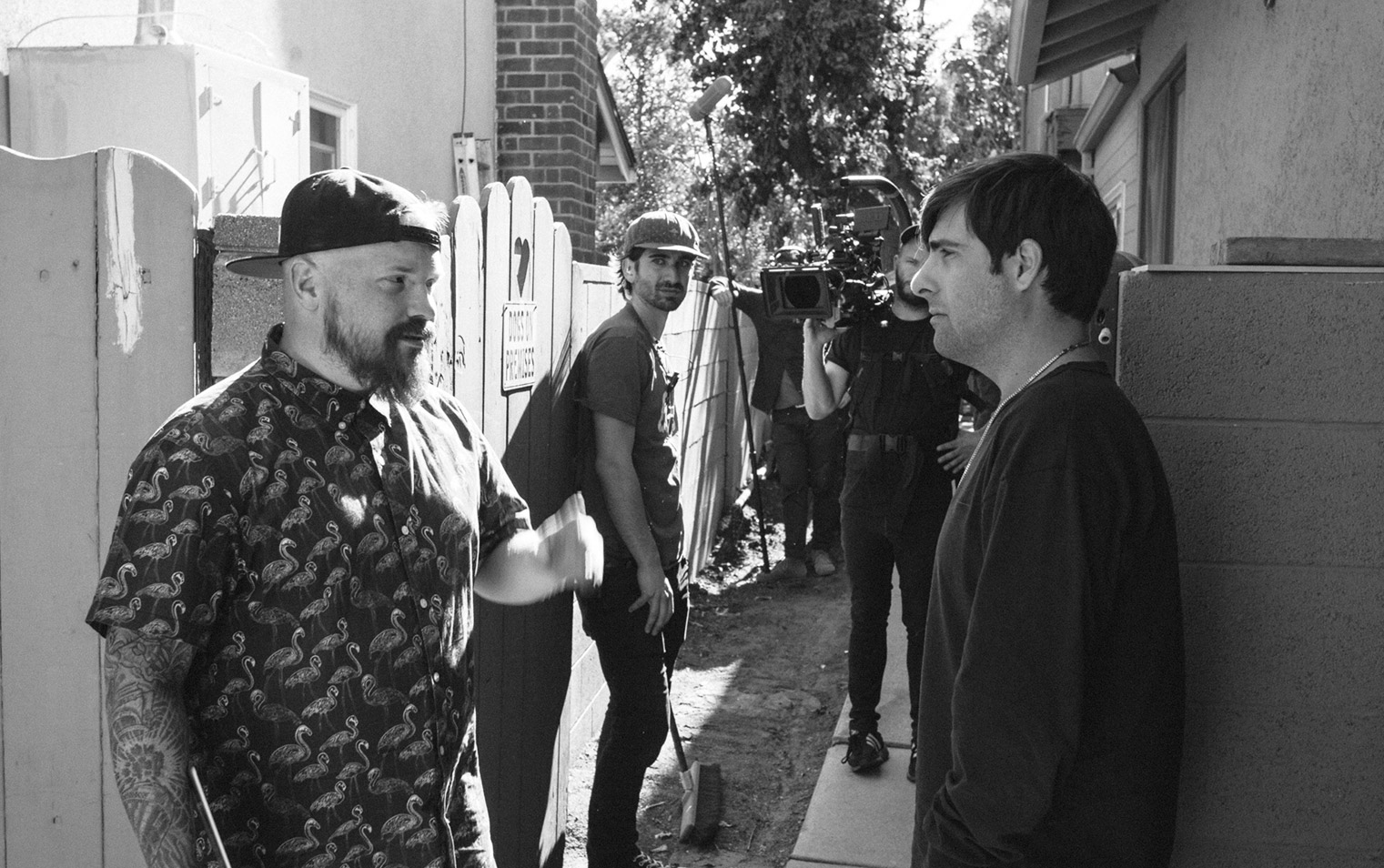 On rethinking an old idea

The screenplay for Cosmic Fling, a puppet-driven short about a lonely trash collector in space, languished for almost a decade because writer Jonathan Langager wasn't sure it could be pulled off logistically or financially. He explains, “I'd actually written the first iteration of the script probably eight years ago. The whole thing was going to be done in CG. It never happened, never came to fruition. Years passed, and we were talking about it again, and [Christian Hall, our producer] was, like, ‘I want maybe stop motion,’ but stop motion is very expensive, and it's incredibly labor-intensive and would have taken a very long time. Then it's, like, well, maybe actual humans, and then we used force perspective and stuff like that and even budgeted that out.”

But then a better idea emerged. Langager said that it was while on set for a music video that he dropped the whole CG idea entirely. ‘We were shooting a music video last year, and my friend Taylor was, like, ‘Oh, you should really think about doing puppets. It's a cost-effective way of doing it.’ Marionettes was her idea.”

He remembers, “Years ago during the first part of the space race, I was trying to explain what it was like to walk on the moon. [The choice of marionettes] has to do with how they're held up instead of having to obey the laws of gravity like the rest of us. They're held by strings, so it really made a lot of sense in terms of space and connection and all the themes that were involved in [the] film.”

On working with marionettes vs. actors

Langager found that sometimes what may be a simple gesture for a human can be very difficult for a puppet to reproduce. “It's pretty simple to scratch your head or something like that, but marionettes, as sophisticated as Tim [Hendrix, VFX supervisor,] was and as great a puppeteer as Phillip [Huber] was, there's certain things that because there's a specific string here or there they just can't do very easily.

Producer Sam Hale at work on Stan, the marionette protagonist of Cosmic Fling

To learn more and apply for our next grant cycle, please visit the Shift Creative Fund page and sign up for the latest news about the program.