Beneath the Animation Umbrella 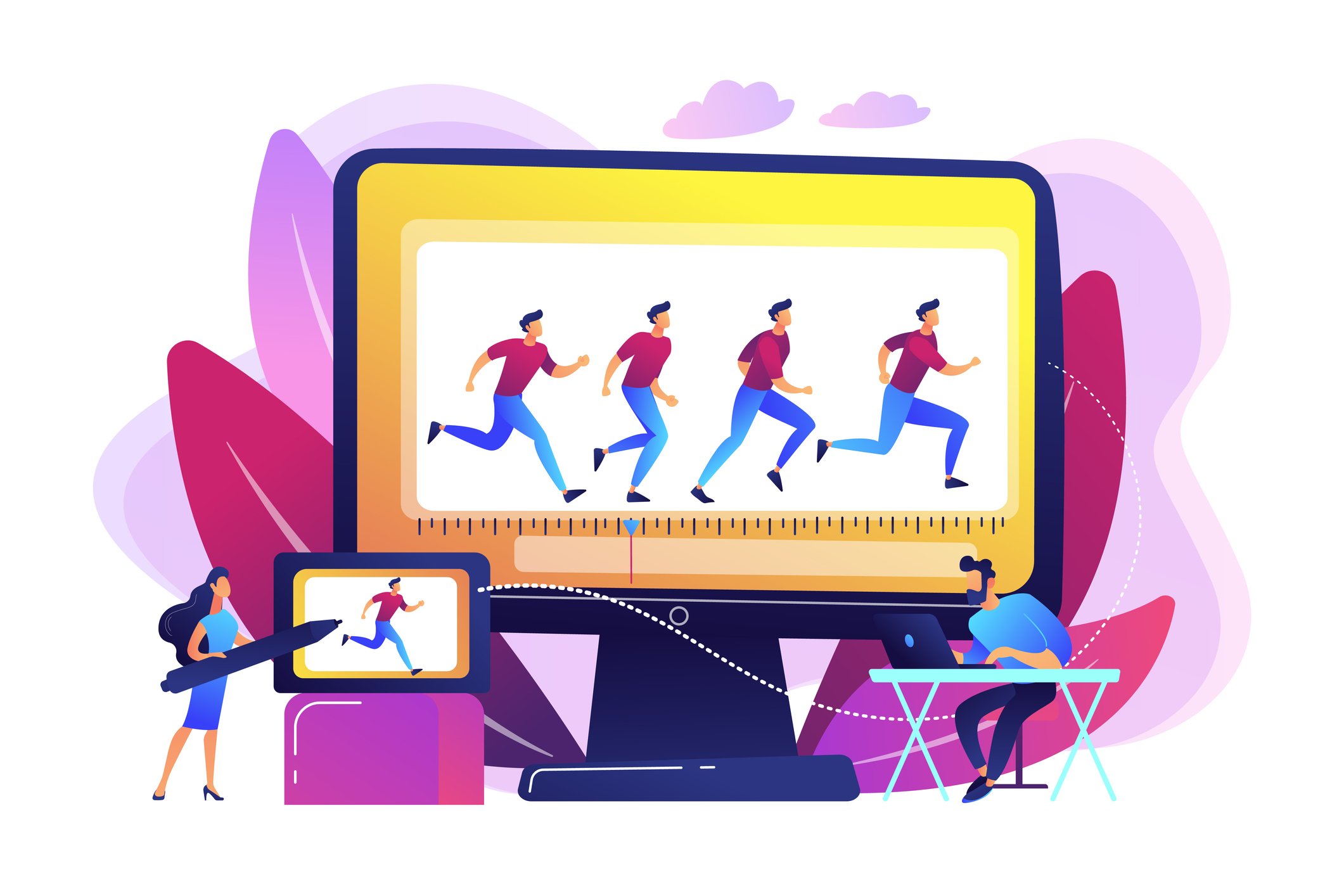 Let’s say you’re an advertising agency or branding company. Maybe you need to hire externally for a video or ad campaign, and you’d really like to use animation to tell your story. Do you find yourself not knowing where to start?

First, “animation” is an incredibly broad term. At the bare minimum, it’s a visual genre in which images are manipulated to appear as though they’re moving. Basically, any art form that accomplishes this can fall under the umbrella term “animation.” 2-D, 3-D, motion graphics (MGFX), stop-motion, claymation, and CGI are all methods you’ll find within the larger animation genre. (Sometimes it breaks down even further.) Below are some examples to help orient you:

The good news is that you don’t necessarily need to know what each of the terms mean or how to differentiate between them when looking for a vendor. Most artists and animation houses specialize in more than one kind of animation. They’re mixed media-based and have multiple animation solutions for your project.

Even with these many specializations, there are certain design teams that have a definitive look that differentiates them from other companies. They’re hired specifically for that look, while other companies don’t want to be pinned down by aesthetics.

PJ Richardson, co-founder of branding, design, animation, and VFX house Laundry, describes their style as graphic and colorful. “We have a very bright, colorful aesthetic that we get known for and called to do,” he says, but there can also be a minimalist look within that.

On the other end of that spectrum, John Earle, CCO and founder of Houses in Motion, describes the design and animation studio’s style as “design agnostic.” In other words, Houses in Motion intentionally avoids staying in one lane when it comes to aesthetics. “We have a huge toolkit to pull from, and we find the best solution for each of our clients’ needs,” he says. “That’s where we come from when we offer a particular design style — what’s the best fit for each particular project?”

Okay, got it. There are a lot of layers here. Let’s backtrack a bit.

When you make the decision to use animation in your project, begin with research. If you know exactly what kind of look you’re going for, see which companies or artists specialize in it. For example, if you want that 3-D gritty style, Motion 504 might work for you.

Unless you’re at one of those companies with an established brand identity, though — ahem, Google or Apple — most clients don’t know exactly what they want.

Or maybe you have an in-house style guide and simply don’t have the bandwidth to do the project internally. In that case, hire an animation house to help tell your story while maintaining your company’s aesthetic. Unless you’re at one of those companies with an established brand identity, though — ahem, Google or Apple — most clients don’t know exactly what they want. The next step after research, then, is starting a conversation. Reach out to design and animation studios and see what they can offer.

Earle says that when he meets with prospective clients, he’ll “start with a conversation of what company expectations are, then write up a treatment deciding the aesthetics, approaches, and techniques to achieve that.” The treatment will offer numerous animation-based methods by which to tackle the project, which can become more or less complex depending on how well-defined your concepts are. Ideally, you already have some kind of concept for the project. At the very least, you know what you’d like the animation to achieve emotionally, which gives the art team a jumping off point or guide.

A budget is your guiding light

If you have neither an aesthetic nor conceptual framework, the one piece of information you should be armed with is a budget. Within the world of animation, there are many different ways to approach budgeting, and there’s a lot that an animation studio might be able to do for a modest budget. If you’re not up-front about what your budget is, though, you might be offered animation options you can’t even afford.

Earle says that for Houses in Motion, “revealing the budget allows us to make the biggest impact.” The studio will be able to pitch mixed media options to the client that appropriately fit their budget. Without a budget, it’s a guessing game for the vendor. The studio can come up with multiple pitches that range in price for the same project. However, not only does that mean a lot of work for a vendor, it also puts stress on you to figure out which direction to go in. In the long run, it can mean less time and money if you reveal your project’s budget from the get-go

That said, there are certain components that’ll naturally impact costs, and there’s generally a baseline of what companies can afford to take on. “Fully animated human characters or anything that needs to be physically accurate is going to take more time, which also means higher costs” says Reynolds. So, if you have a budget of $25,000, don’t go in expecting Pixar-level animation.

Generally, it seems as though most design and animation houses won’t take clients on with budgets below $30,000 or $40,000. “Less than that, it starts to get really funky unless it’s logo animation,” says Richardson.

“It can be a lot cheaper when you have some wiggle room, and there’s some leeway in the creative,” says Reynolds.

If you’re open to different animation styles and not set on Pixar, you’ll still have options in the lower budget range. “It can be a lot cheaper when you have some wiggle room, and there’s some leeway in the creative,” says Reynolds.

However, remaining open to the creative doesn’t necessarily mean you should avoid having a concept for it. Providing any sort of roadmap to the animation team may lessen the cost. If you provide storyboards, a brand or style guide, or even copy, it means a lot less time and prep work for the studios, which means costs will be lower for all involved. When clients have no real concept, then studios will provide more value.

Additionally, requiring multiple levels of approval on projects will drive up costs. If your brand or agency wants to see the project at every stage of development before it can move forward, then a studio will spend more time and money, thus increasing a project’s overall budget.

At the end of the day, there will always be elements of the animation process that aren’t obvious. For instance, viewers commonly think, “That looks so easy. Why aren’t you done yet?” (How do you think the animators feel?) But, as what we’ve described above shows, there are many categories, skill sets, and processes that go into an animation project.

Take, for example, the project that Houses in Motion did for Nick Jr.’s Noggin app. “It’s a fun, mixed media rap video teaching toddlers about thunder and lightning. We created this through a wide variety of techniques. We built paper-craft sets, which we stop-motion animated and shot — assets for our digital characters to live in,” Earle explains. “The characters are all 2-D animation and treated to look like the paper-craft set pieces. Our team consisted of designers, fabricators, animators, compositors — all people who specialize in specific areas to bring a mixed-media project like this together.”

“We think it turned out great!” says Earle.

And if you sometimes feel you’re not seeing the big picture or something’s getting by you, you’re not alone. When Earle searches for a team of artists to complete something like the Nick Jr.’s Noggin app, he sometimes runs into the same trouble that brands and ad agencies do when they’re looking to hire animators. “It still happens to me: I reach out to someone, and they don't specialize in what I think they do,” he says.

So, even when you’re well-versed in animation, finding the right person or vendor isn’t always clear cut. When that happens, go back to the beginning. Do research. Have a conversation with an artist or animation team. Find out what they can do. Rest assured you’ll get to a solution.

Nina Ozier is a writer, director, and podcaster. Words and storytelling have always been her jam, which led her to earning a degree in rhetoric with a specialization in film from UC Berkeley. She's worked up and down the coast of California at places such as MTV, Circle of Confusion, and Pixar Animation Studios.
Read more by Nina Ozier