The future is female according to up-and-coming moviemakers

Women in film think the Golden Globes have lost their luster, and the Oscars have tarnished themselves (again) after leaving women almost entirely shut out of nominations in marquee categories this year. No women were nominated for Best Director in either set of awards, and only Greta Gerwig’s Little Women cracked the Best Picture nominations for the Academy Awards. The gender-rooted shutout provoked cries of frustration among women in the production industry, particularly young women directors just starting their careers and looking at what still seems like a stacked deck.

“Congratulations to those men,” cracked co-presenter Issa Rae after reading the nominations at a heavily attended press conference.

“Does the Academy Think Little Women Directed Itself?” read the headline of an Oscar nominations story by Slate film critic Dana Stevens.

It’s not as though nomination-worthy films directed by women were lacking, says Nicaraguan-American actor, writer, director, and producer Andrea Granera. “When I found out there were no female directors nominated in the year that we had Greta Gerwig’s Little Women, Melina Matsoukas’s Queen and Slim, Mariel Heller’s A Beautiful Day In the Neighborhood, and Olivia Wilde’s Booksmart, I thought, ‘That’s crazy,’” she says. 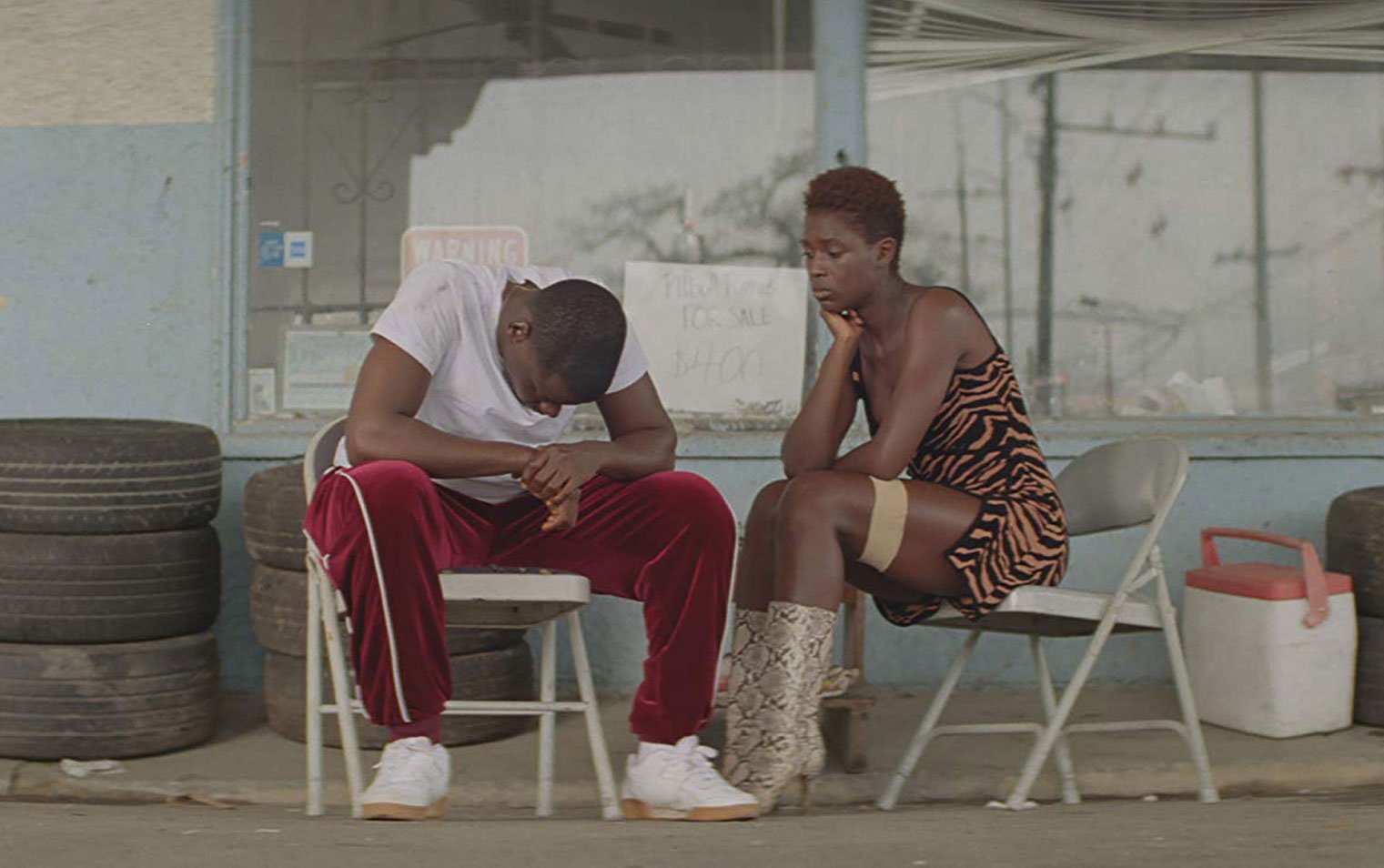 Tiffany Lin, an aspiring filmmaker now a senior at the University of Southern California’s School of Cinematic Arts, suggested that it may be time for male directors’ awards nomination dominance to fade a bit.

“For a really long time, there has been a dominant lens through which we see in mainstream cinema — usually it’s that of a straight white man,” Lin says. “I think it’s time for some more perspectives to be seen.”

Grace Amodeo, program manager for the Shift Creative Fund, which issues annual grants for narrative short films, cites a study by USC’s Annenberg School for Communication and Journalism that found only fifty-eight female directors out of the 1,335 credited with releasing a film in 2018 (a paltry 4.3 percent) as a strong motivation to redress the imbalance. The 2019 nomination shutout only deepens her resolve.

“This runs deep with a lot of female filmmakers and not just filmmakers, but women in general,” she says. “How much further can we go without being appreciated, recognized, and rewarded?”

The Shift Creative Fund, which awarded grants to three other young female filmmakers (Granera and Lin were finalists), wants to support them as their careers begin to break a cycle of explicit and implicit bias.

“Everyone has to start somewhere,” says Amodeo. “And when you include more women [as directors], then more women get involved. When there is a female decisionmaker in the room, almost automatically the percentage of women involved goes up.”

And that industry bias is even more pervasive in the lower ranks of the film world’s hierarchies, she says.

“A lot of people believe women can’t be grips or electrics or in the camera department because they just don’t see it,” Amodeo says. “But it happens when the number of women behind the camera goes up.” 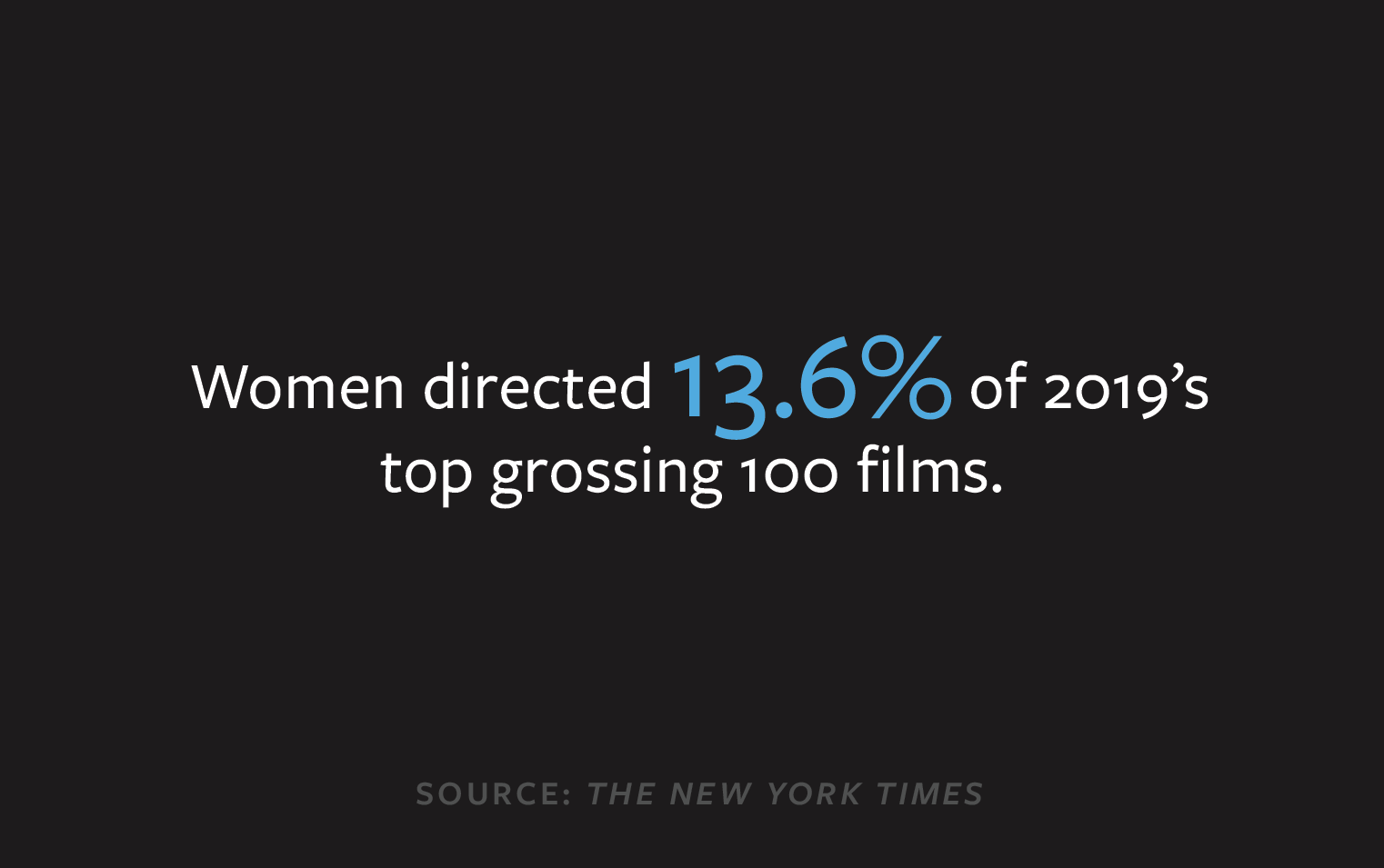 She praises actresses such as Frances McDormand, Alison Janney, Jennifer Anniston, and Reese Witherspoon for using awards ceremonies to call out the sexism of the industry and using their clout in front of the camera to push for changes in all aspects of filmmaking.

Bree Doehring, another Shift Creative Fund grant winner, says the platforms of the Oscars and the Golden Globes have clout both inside and outside the film business.

“Award shows play a huge role,” she says. “There are people that don’t have access to every single TV show and every single movie, and they’re looking to these award shows as a representation of 2019. When they see something won Best Picture, they’ll say, ‘I’m gonna go watch that,’ but when you’re not representing every single voice and some of the best movies of the year aren’t on that list, you’re missing that recognition, and you’re losing the audience recognition that they deserve.”

Lin says the committees have either missed out or are making deliberate and unfair choices.

“In a perfect world, awards ceremonies would be awarding the most objectively good films that have come out that year,” she says. “I think this year there have been a lot of really good films that women have been making, but I think a lot of them have just been overlooked because of the subject matter or maybe because they are directed by women.

“There are people that don’t have access to every single TV show and every single movie, and they’re looking to these award shows as a representation of 2019.”

“A lot of people were calling Hustlers a Martin Scorsese-esque crime thriller, but a man could not have shot that movie, and they could not have directed that film,” she says.

The sausage party rages — for now

On a positive note, Scafaria and Alma Har’el (Honey Boy) did garner Best Director nominations at the Film Independent Spirit Awards. In television, directors Ava DuVernay (When They See Us) and Jessica Yu and Minkie Spiro (Fosse/Verdon) were nominated as the best in their field by the Directors Guild of America.

But the top-tier snubs still rankle. While none of the women filmmakers interviewed here suggested an action like the group of women filmmakers who donned sausage costumes and chanted “End the sausage party!” on the red carpet of the 2016 Australian Academy of Cinema and Television Arts Awards, there’s plenty of exasperation and frustration — but not resignation.

It’s an absurd situation, says Doehring, a recent graduate of the Savannah College of Art and Design, calling out the two biggest “whys” of #AwardsSoDudely2020: “Why we need more women behind the camera and why it’s so insanely ridiculous that we have to be having this conversation.”