A Shift in Post-Production Workflow: Taking Audio and Video from Concept to Reality 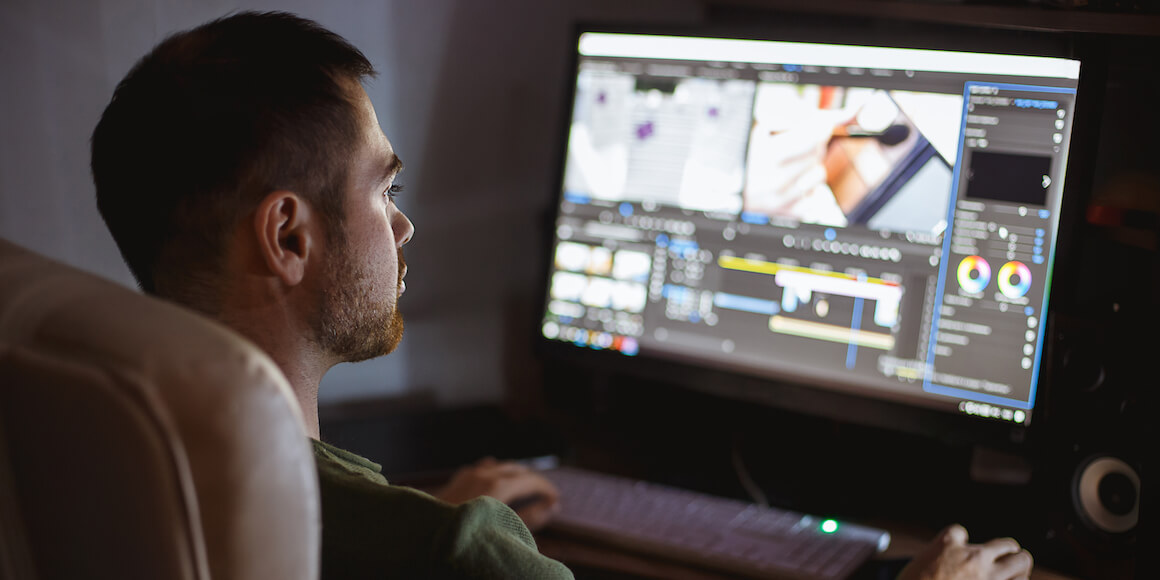 Once upon a time, post-production teams were colocated, working together in dark rooms staring at a screen. But new and innovative technology, and a global health crisis, have permanently changed our approach to post-production.

Today, it’s not unusual for key players to be sitting in a different country rather than a different room. Remote work environments and the production tools that support creative workflows have created a global talent pool and enabled successful collaboration across time zones and geographies.

To better understand how workflows are empowered with modern tools and technology, we are taking a closer look at each stage of the post-production workflow as it relates to our new ways of working. We covered stages 1 and 2 in A Shift in Post-Production Workflow: Taking Content from Camera to Rough Cut.

Here, we continue to learn about post-production stages 3 and 4, video and audio finishing, and how an all-in-one media management solution streamlines the process from picture lock to final mix.

The Online Edit or Conform

The online editing, or “conform,” step is when the original, full-size footage files are inserted into the final cut in place of the smaller, lower-quality proxies. This is the stage when visual effects are created and inserted into the sequence, replacing the placeholder graphics used in the rough cut.

Close collaboration between the offline editor and the finishing and online artists during this stage is critical. When working remotely, they will all need access to the same elements in order to transition accurately from locked rough cut to final online conform.

Once the picture is locked, the final visual effects and CGI work will be completed by the VFX team. The creation of visual effects is a painstaking process that may require working on each frame of the footage individually.

Tiny details, such as shadows and lighting, can throw off the realism of an effect for even the most casual viewer.

Tiny details, such as shadows and lighting, can throw off the realism of an effect for even the most casual viewer. To ensure every effect is convincing, each visual effect or piece of CGI work will go through multiple rounds of revisions and approvals before being inserted into the online edit.

The online phase of post-production is when the placeholder credits and title cards are swapped out, and real type treatments, fonts, and logos are designed and chosen and overall composition is determined for any graphic elements.

A separate company is often in charge of the titles and graphics. They will provide options of graphics to the entire team, and the team will give input, just as in the other phases of the cut. Once reviewed and approved, usually remotely, the finished elements will be placed into the final piece.

When the colorist and director collaborate during the color-grading phase, they can bring a whole new level of magic to the piece. Good color grading can bring out unseen details in dark scenes or add moodiness and depth to a scene that was overexposed.

At the end of the color-grading work, the team will view the project on monitors of all sizes and qualities to simulate the experience of viewers using a variety of devices. What might seem pleasantly dark and moody on one device may simply be impossible to see at all on another. So it’s usually a good idea to share color-corrected files with team members to view on as many screens as possible. 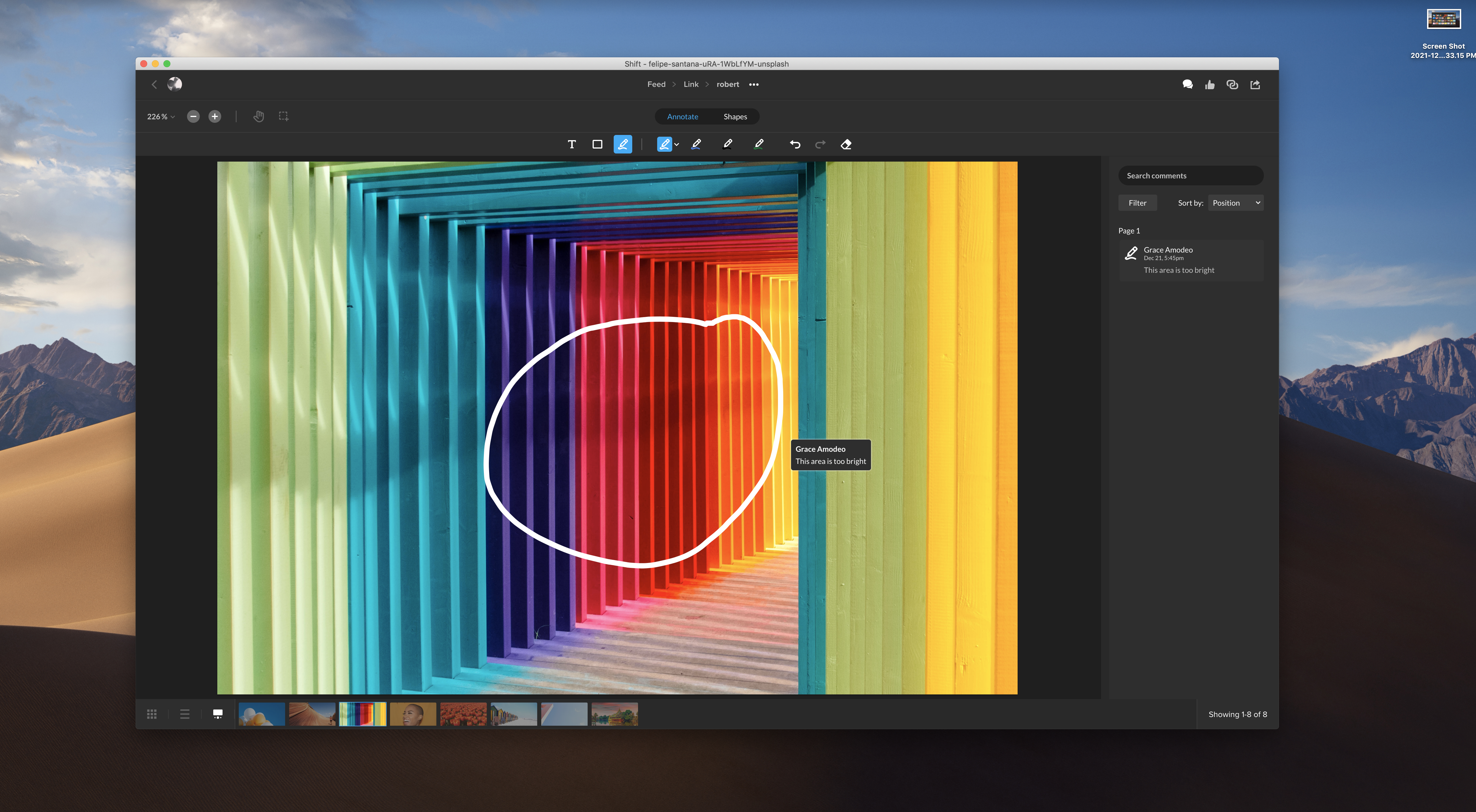 When the editor first starts composing the rough cut, temporary music is often used to give a sense of how the scene will feel with music in place. But once the picture is locked, the final music needs to be locked down too.

If original music is to be created, the composer will begin scoring the picture. This process often includes several rounds of compositions and revisions for each piece or scene, and tracking the versions and evolution of the score can be quite challenging. Team members may be able to visit the studio to hear the music as it’s being developed, but more often, they will access shared files remotely.

If an original music score isn’t used, the team will need to source an existing piece of music from a music library, artist, producer, or record label. As with the offline edit, it’s important to keep track of the score versions; the various edits that are used to demo different options of songs or tracks; and input from the editor, director, producers, and creative team.

In addition to the actual music in the piece, sound design is an important element in bringing a film, TV show, or commercial to life. While the natural production audio captured at the shoot often has the most realistic and natural sounds for the action taking place, filmmakers may need to add sound elements that were not captured on shoot day.

Choosing sounds is a creative endeavor, and having the team review and agree on them is an important part of the post-production process.

There are a number of ways that sound effects and sound design can be added to a film. The simplest is to use effects from a sound effects library. These are usually quite inexpensive and provide a wide range of options.

Sometimes, the perfect effect just doesn’t exist, or your requirements are too specific. In those cases, foley artists can create the unique sounds you need. Choosing sounds is a creative endeavor, and having the team review and agree on them is an important part of the post-production process.

Voice-over recording happens during the final stages of post-production. Narration and voice-overs are done in tandem with the final mix to ensure the audio lines up with all the other elements of the cut.

Automated dialogue replacement (ADR) is done in a controlled studio environment, but unlike voice-overs, ADR also includes video playback so that actors can try to match dialogue to their own movements and timing of the shots being used. An automated system then helps insert the dialogue in a way that’s lined up as perfectly as possible with the action, so it is difficult to detect.

One of the final stages of finishing a film, episode, or commercial is the final sound mix. This process brings together all the audio elements and balances them so that they work well together.

The key members of the creative team will either attend the mix sessions or weigh in remotely. When working remotely, they can either be patched into the session in real time or use a remote online platform, such as MediaSilo, to help the team compare what was done to the mix with what the elements sounded like beforehand.

MediaSilo's unified platform helps audio and video finishing teams manage all of the final elements of the project, including:

Start your free trial to experience firsthand how MediaSilo can help you stay ahead of the rapidly changing needs of your post-production audio and video finishing workflows.