A Mother of an Industry: The Challenges Moms in Entertainment Face

Women in film and TV seek to overcome workplace discrimination 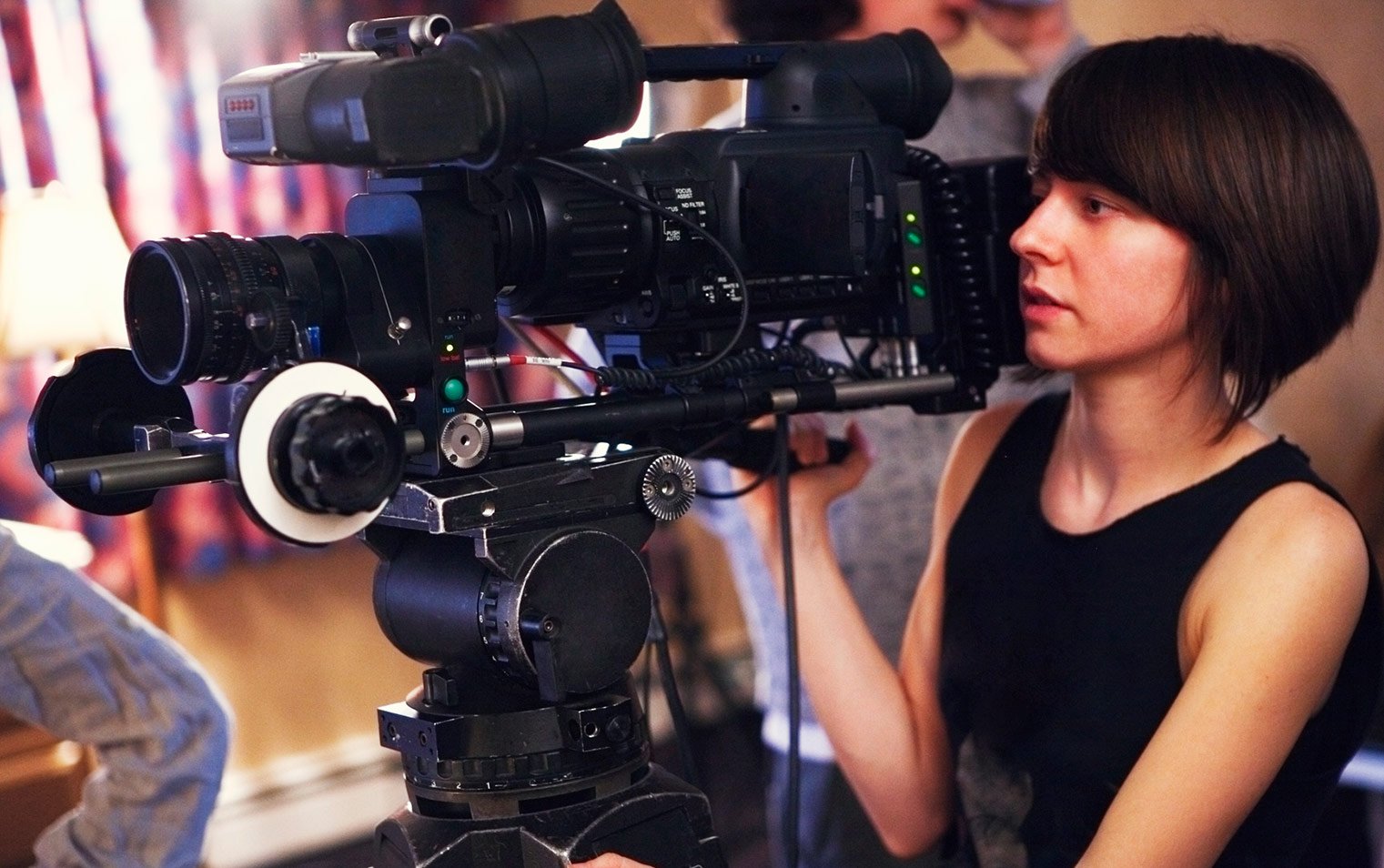 The #MeToo movement elevated expectations of gender equality in the entertainment industry, with box-office figures appearing to support public interest in women-led movies. Captain Marvel, starring Brie Larson, has surpassed expectations, becoming the highest grossing film starring a female lead ever. And between 2014 and 2017, movies with female leads outperformed their male counterparts at every budget level, according to a report by media research agency Shift7 and leading talent agency CAA.

But while talk of gender representation is more common than it once was, the numbers don’t always translate. There were fifty-nine female Oscar nominees this year — the highest number ever — but none of the nominees for directing were women, and only two of the screenwriting nominees were women. Indeed, women accounted for just 16 percent of directors, writers, executive producers, editors, producers, and cinematographers in the top 100 grossing films in 2018.

What’s motherhood got to do with it?

While we can speculate on the reasons that women haven’t achieved gender parity in the film world, advocates are now arguing that the demands of motherhood may play a role. The decision to have a child is challenging for all parents, but perhaps more so in the entertainment business, where long hours, “the uncertainty of what is predominantly freelance work, and frequently changing locations can create instability. Last year, actress Carey Mulligan called for on-set child care throughout the film industry. Earlier, in 2016, actress Zoe Saldana spoke out after she was denied childcare on set.

The challenges women face in the film industry parallel those experienced by women in other sectors. For example, it’s been well documented that women who choose to have children suffer professionally throughout all industries due to the challenge of juggling careers and family life. While women represent nearly half of the U.S. workforce, they still devote more time than men on average to housework and childcare and fewer hours to paid work. In addition, the United States is one of only two countries in the world that doesn’t guarantee paid maternity leave.

Mothers working in film face these issues too. But in the entertainment industry, the gig economy means women have even less recourse to argue for better working conditions. Shoots are generally short and often end before meaningful dialogue can take place.

“We as an industry are missing out on a major workforce of highly innovative and creative individuals,” says Christy Lamb, co-founder of Moms-in-Film, a 501(c)(3) dedicated to providing parents in the film and television industry with community, funding, and advocacy. Lamb, a producer and costume designer, established the organization after moving from New York to Los Angeles while five months pregnant.

Caring for little ones: a moving target

“I suddenly felt a lot of discrimination on set,” she says, pointing out that mothers working in film have very specific needs. “Most of us are freelancers, meaning we live paycheck to paycheck. You shoot long, often inconsistent hours, making it hard to find childcare. There are no pumping spaces or nursing rooms on most sets, even though providing them is California state law. But as an independent contractor you don’t have much protection.” Moms, Lamb says, need shorter shoot days, places to pump or nurse, childcare, and funding to pull it all off.

“I suddenly felt a lot of    discrimination on set . . . But as an independent contractor you don’t have much protection.”

Moms-in-Film has become well known for its Wee Wagon, a mobile childcare unit that serves as a fully functional childcare space, as well as a haven for nursing mothers. The wagon first debuted at the SXSW film festival in 2017. It’s since made appearances at Sundance and is currently in the midst of launching as an independent social enterprise that supports the development of a fleet of these modular care units. “The idea is they build a tiny house on wheels where people can take a moment to visit with their kids over lunch,” says Lamb. “It will create a different dynamic on set. One that’s fair.”

But the systemic nature of sexism in the industry means that fixing these issues won’t be as simple as resolving childcare. “Men are calling the shots, and they aren’t aware of the challenges that women face,” says Tonya McCornell, leader of the New York Women in Film and Television Moms Network, an affinity group that brings stakeholders together to help mothers in the industry. “We are working with moms who are afraid to admit to their bosses that they are mothers because they’ll lose the opportunity to work.”

The network is currently developing an initiative to help mothers who are returning to the industry after taking time off to raise children, creating an internship-like program to help them transition back to work. “The first few months are so critical,” says McCornell.

Initiatives that help women bridge the gap between their maternity leave seem to be desperately needed. Tally Abecassis, a documentary filmmaker living in Montreal, found that returning to the world of film wasn’t easy after her maternity leave ended. “You have to stay relevant to be considered for projects,” she explains. “It was hard to get back in the game, so to speak, when I had been off of people’s radar for a few years.”

“We are working with moms who are afraid to admit to their bosses that they are mothers because they’ll lose the opportunity to work.”

Abecassis decided to turn her struggle into an opportunity by creating the documentary podcast First Day Back. The first season chronicled her return to filmmaking after having kids, tackling issues like how to balance the time demands of parenting with filmmaking and the changing nature of our dreams after we have kids. The podcast was a hit in part because it was incredibly relatable. “All around me, my friends were struggling with how to make their careers work with newfound motherhood,” she notes. Today the podcast has turned into a full-time job, with subsequent seasons following people as they try to get their life back after a transformational event.

Parenthood? Thanks, but no thanks

The lack of resources for women who want to balance filmmaking and parenting has led some to forgo parenting all together. “I think I subconsciously understood that, as a woman, I would be making far more sacrifices in choosing to have kids than my male counterparts,” says Darcy Dennet, an award-winning documentary producer and director. “How many female DPs do you know with children? I don't know a single one. How many male DPs do you know with children? I know many."

Christine DiTolvo, an actress who regularly spends long hours on set, took it a step further, choosing to have her tubes removed. While her decision was based on a range of factors, it wasn’t lost on her that life without kids makes reaching her creative goals a lot easier. “I enjoy the freedom of being able to be on set as long as needed or for multiple days,” she says. “There are also long stints of no guaranteed work, which makes it challenging to even have pets sometimes!”

Some companies are taking an extra step to support new parents. Netflix, for example, has a policy that allows new parents to take up to a year off with pay. This policy extends to birth and adoptive parents of any gender. Marvel schedules ten-hour shoot days, although the average union shoot day is fourteen hours, and when possible, five days on and two days off, partly to help parents create more work-life balance. Shondaland, which produces Grey’s Anatomy, has a nursery and encourages employees to bring their children to work. And the Writers Guild of America is currently putting pressure on agencies and production companies to provide an industry-wide family-leave policy. 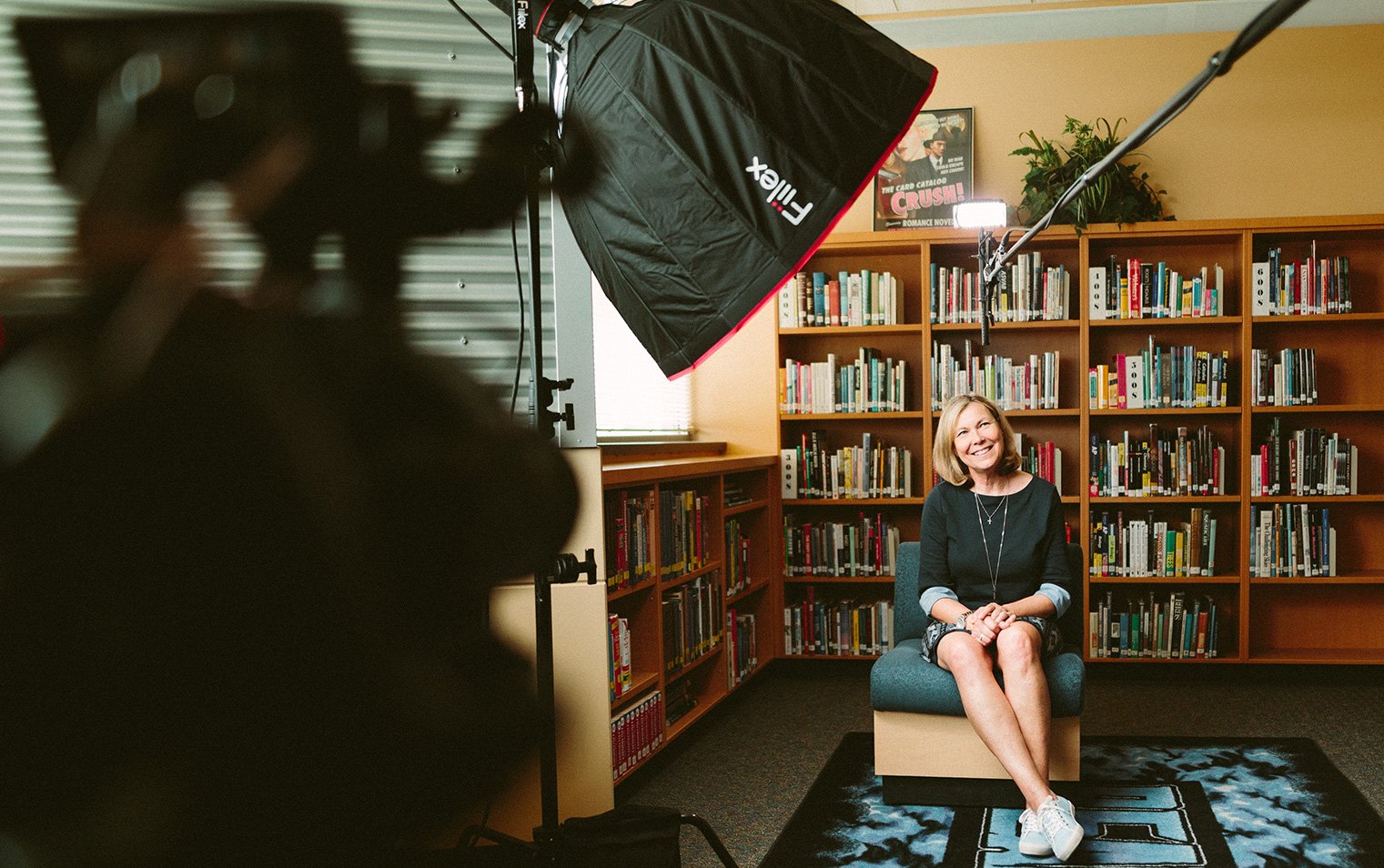 Other production companies have granting and residency initiatives that aim to help independent freelancers balance motherhood and film production. Ryan Murphy launched the Half Initiative two years ago as a directing mentorship program aimed at fostering diversity in the industry by promoting minorities and women working behind the camera. Every director on every Ryan Murphy Television production mentors an emerging director through the process of creating an episode from pre-production to post. The initiative includes a stipend that’s provided more than $200,000 in financial aid to help with travel, lodging, and daycare for working mothers. "I love looking around my company and empowering inclusion in all departments," Murphy told Variety.

But most of the initiatives like Murphy’s focus exclusively on above-the-line directors and producers. While supporting these people is certainly important, there’s been far less attention devoted to below-the-line talent. “Filmmaking is a team sport, and everyone above and below the line is valuable,” says Lamb. Creating a child-friendly set requires a holistic approach that addresses the needs of the entire crew, she continues. While top-tier directors and talent may be able to afford private childcare, mothers working below the line often share the same needs. Lamb says that providing childcare creates “an important reminder that everyone on set is of value.”

The good news is that changes are on the way. In 2017, women were forced to breastfeed outside at the Cannes Film Festival. A year later, the festival received complaints when mothers were turned away from the Marche du Film because their kids didn’t have badges.

But this year Cannes has announced it will provide childcare during the festival. The initiative, which has been branded under the title “Le Ballon Rouge,” will include childcare, a station for breastfeeding and diaper-changing, expedited festival access, and more. “All we want is to stop hitting the maternal wall,” says Lamb. “There are plenty of flexible ways to work. But employees have to demand it.” Her hope is that Cannes is just the first of many positive changes to come.