We gathered the top tips from directors, producers, editors, and actors on the changing face of film and video production, and how they continue to adapt.

In 2020 we launched our video podcast series Production in Conversation, in which we talked to professionals from across the video and content production industry about their work. Here, we’ve compiled for you some of the most impactful things we learned from all of our podcast guests about how they tackle their projects, advice for fellow creatives, and the visions they have for the future of the industry! 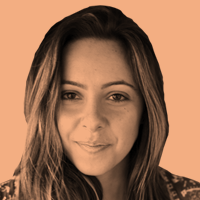 The ability to see yourself in the media that is created is an invaluable aspect of film and video production, and that kind of representation goes beyond just what we see in front of the camera.

“Our job is to tell stories that represent our society. In order to tell the stories and in order to portray an accurate picture, we need to have diverse people behind the scenes. We’re slowly seeing diversity on camera, but it’s very important in order for the stories to be told right that we have representation behind the cameras too. Those are the people writing, those are the people crewing up, those are the people making decisions. There is so much more authenticity and truth when you not only see diverse actors on screen, but you have a whole crew of diverse people supporting that actor.” 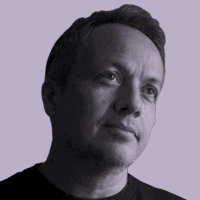 2. Bring emotion to your editing

From “Fleabag” and “Killing Eve” to Disney’s new “Godmothered”, Gary knows his way around an edit. So is it harder to bring emotion to a comedy or a drama? He gives us the answer.

“For my money, I think it’s more difficult to cut comedy. With comedy you’ve got all of the story beats and the character traits and the narrative arcs that you’ve got to nail just like in any drama. But on top of that you have to get some laughs as well. Ultimately what we’re trying to do is manipulate the emotional reactions of the audience. So if you can make people laugh, the principles are quite similar in terms of making them cry.”

Gary also encourages editors to think about the relationships you have with your fellow collaborators, and the importance of open communication and humility.

“I would also say you have to hone certain diplomatic skills, because half the trick is being able to work a room. If you’ve got to sit quite close to someone for three, four, six, eight months you’ve got to be able to get on with them. It’s about how you deal with people as much as anything else. And the willingness to throw things up in the air and change things. Before I might have done my cut and thought that’s it, that’s the best I can do. If anyone came in and gave notes I would get quite frosty about it. But notes are either good or they’re bad, and you often have to go through the process to find out.“ 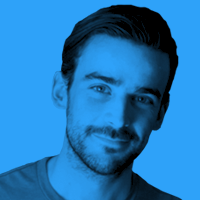 Editing for documentaries is an entirely different beast than what a narrative editor encounters. With so much footage to go through, it’s all about subtracting until you find exactly what you need.

“I like to say documentary editing is almost like having a sculpture. You start off with a big mound of clay and the first rough cut is just figuring out what the shape is. Then slowly as you keep going, you keep refining. You get to the point where you have your fine cut, and it’s like you can see the lines of the face. Then you get to the lock cut and it’s a beautiful sculpture, but it’s still plain. And then you get to the finishing process with color and sounds, and that’s where you do the paint and it looks beautiful.“ 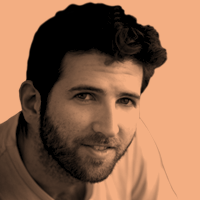 5. Working as part of a team

You aren’t always working by yourself, and sharing the job amongst a team of collaborators is all about serving a common goal, and leaving your ego at the door.

“The goal is always to make the best movie we can, it’s not about any one of us shining through – it’s about just serving the narrative. It’s also useful to have that sounding board of the other three editors, and be very honest with each other. It’s so helpful to the creative process to have people that you trust and who know what the process is. When you are the single editor working in a vacuum, sometimes it gets really difficult to know if you are on the right track.” 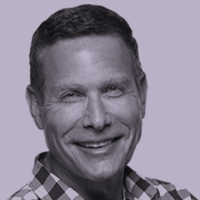 Following such a tumultuous year, people working in production had to continue to find ways to bounce back. The good news is, they are really good at it.

“The one thing you can say about production in film and television is they've always figured out a way to adapt, sometimes better, sometimes worse. We're all trying to adapt, work, and grow. Get production companies back working again, and agencies back on their feet and clients advertising. We're all in this together, so the more we can all succeed the better.” 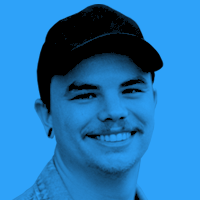 Your project is only as good as the team that you build, and Dustin shared a few key attributes to look for when hiring your crew to give you the best chance of success in your creative projects.

“There’s a great author, Patrick Lencioni, who said -- when hiring people, look for people who are humble, who are hungry, and who are smart. So what does that mean? Humble people are going to be putting others before themselves. They’re not doormats, but at base level they are courteous. A hungry person is not desperate, but they are very action-minded. They are going to jump in there. A smart person on a production is someone who studies their role, and is a constant student of their role. We’ve had great success applying these filters. If you’re seeing those qualities come through a person consistently, I think you end up with some winners.”

8. The proof is in the pudding

How do you know when you’ve hired the right people for your team? You’ll feel it in the work that you create, and have confidence in each person to be there exactly when you need them.

“It’s magical when that happens. You have those people who are anticipating needs, and getting them done. They feel empowered to go ahead and make decisions, you can hand off the micro-managing. To be a good leader, you have to be willing to pass off your anxieties to other people and say, I trust you with this worry of mine, and I know you will make it happen.” 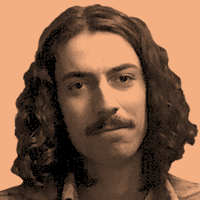 As the leader of a production team, it’s up to you to set the right tone and environment for your project. A great director should put everyone at ease, and enable the team to do the work they’ve set out to do.

“The biggest part of my job as a director is making the space comfortable for everyone -- for the crew, the people that are there, and the subjects. They are having these strangers enter their homes, asking really personal questions that might be difficult. The majority of what I do is just to try to make people feel comfortable, and to be transparent about my intentions, who I am, and what I’m trying to do.” 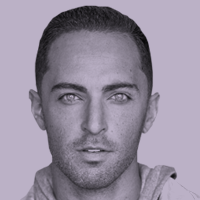 Production is a networking industry, and you never know when you’ll catch someone’s eye or be in the right place at the right time. Using an online presence to stay relevant is key to keeping the work coming!

“We're living in a world where social media is king. So that makes it a little bit easier, for you to curate your social media pages to reflect the artist that you want to be. Everyone from directors, to producers, to other actors is constantly looking around and checking what everyone else is doing. As trailers or posters or any sort of creative piece comes out, I try to get that in front of everyone because it just keeps you relevant. It keeps people thinking about you and being curious about what you’re up to.”

Want to learn more from our production professionals? Check out these episodes and more on our Production in Conversation video podcast, and subscribe to be the first to hear about new episodes being released!